England Netball is delighted to announce the U17 squad selected to take part in the forthcoming Netball Europe U17 Championship.

Following trials on Sunday 20th January in Loughborough, the following athletes have been selected to represent England U17 in Huddersfield from the 1st – 3rd March against Wales, Northern Ireland, Scotland and Emirates.

England U17 Team for Netball Europe 2018

The squad will be led by Head Coach Victoria Burgess and Assistant Coach Sheonah Forbes.

The team will have a three-day camp in Loughborough from the 20th – 22nd February then meet up as a squad in Huddersfield on Thursday 28th February for training before the four matches. 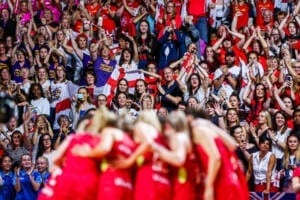