Each year at the national Vitality Goalden Globe Awards, an Inclusion and Diversity Award is presented to individuals and / or organisations who have developed netball to address equality for the inclusion and participation of all people.

This could be through the introduction of initiatives to equip those disadvantaged to overcome barriers, or engaging with specific communities, not-for-profit and other cause related organisations.

They may have provided opportunities and / or sought to address diversity in the administration and governance of netball e.g. through Board diversity, or providing tailored initiatives of support to ethnically diverse communities or deaf and disabled participants.

We want to shine a light on 2020 Vitality Goalden Globe finalists Lucy McFayden and Afsana Afsar, and the incredible work they’re doing in their communities.

Lucy has and continues to dedicate herself to supporting inclusive netball through East Herts Special Olympics Netball Club.

Netball has been a big part of Lucy’s life from the age of eight when she joined Hertford Hornets junior club.

She started coaching as a teenager, taking on some of the younger teams within the club, before eventually becoming one of the lead coaches.

In 2017, Lucy entered East Herts into the Marion Smith competition for people with a learning disability (now known as the ParaNetball Championships), where the team took home the bronze medal in the Over 16 competition.

East Herts have continued to compete within England Netball competitions, including the 2020 ParaNetball Championships.

Lucy successfully applied for Core Inclusive Club status in 2017 and has been active within the ParaNetball community since.

When a vacancy came up at Amwell View Special Needs School for Head of PE, Lucy applied, became a qualified teacher and is still there six years later.

She is incredibly passionate, engaged and driven with a real heart for both netball and people with disability.

England Netball wanted to enable 5,000 deaf and disabled people to participate in netball by 2021. Since 2019, over 10,000 people have taken part and ParaNetball is now expanding!

We’re going to be testing and piloting netball for women with cerebral palsy, dwarfism and amputees. If you want to know more, you can register your interest here. 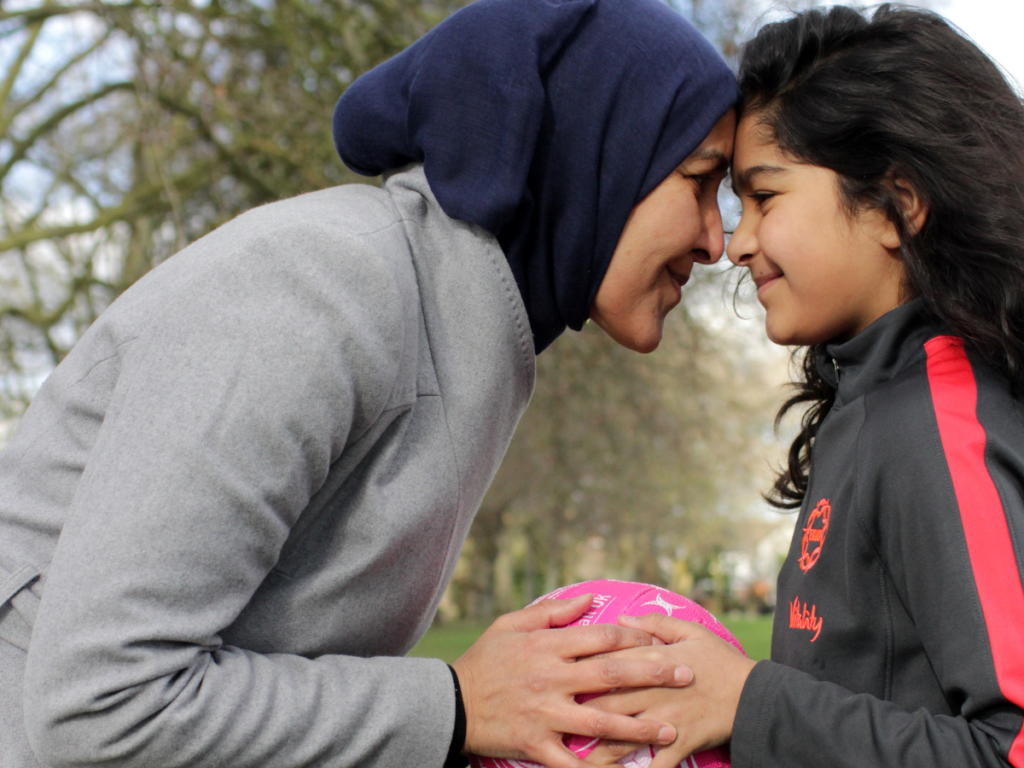 When Afsana left school, she stopped participating as there wasn’t a place where she could play netball that would accommodate the religious needs she had.

28 years later, Back to Netball brought Afsana back into the Netball Family, re-igniting her love of the sport.

Since September 2018, she has invested significant effort to break down barriers within the community and has been the key driver behind creating a netball provision that’s empowering, welcoming and safe for ethnically diverse girls and women in Derby.

Working closely with her local Netball Development Officer Rachel, what started as one Back to Netball programme has developed into so much more – on and off the court.

Prior to September 2018, netball simply wasn’t accessible for girls and women from ethnically diverse communities in Derby.

Fast forward a year and Afsana embedded multiple opportunities to engage in netball throughout the community, including Back to Netball, Netball Now and most recently Walking Netball.

Afsana has also taken the leap into the world of volunteering, completing both her Level 1 and 2 Coaching Awards.

Not only is she an inspiring role model on court but has really helped to enrich lives by building trust and giving over 100 girls and women the opportunity to build confidence and a love for our sport.

The year ahead for netball in this country is unparalleled. It is a critical year to return our sport. This is our time to build back stronger, to grow our sport, to strive for more.

This is our time to inspire more women and girls to take to the courts than ever before. You can find out more about ways to get involved in coaching, officiating and other volunteer roles here.