Loughborough Lightning have confirmed the return of Suzie Liverseidge and Jasmin Odeogberin for the 2021 Vitality Netball Superleague (VNSL) season.

The pair both represent England at different levels with Liverseidge representing the Rose Academy and Odeogberin playing for the U21 side.

Moving to Loughborough in 2020, Liverseidge took up her first NSL contract after rising through the ranks in Surrey Storm’s pathway.

Liverseidge impressed the netball world at a young age, featuring in tours for both the England U17 and U19 sides, and starring in the U17 Netball Europe winning squad.

With a strong start to the 2020 season, Liverseidge soon suffered an injury, causing her to miss the opening matches of the season.

“My first season was really mixed. In pre-season everything was going really well, we won Fast5, we were training really hard and I got a few games in but then getting injured just as the season started was hard,” she said.

“I definitely took lockdown as a blessing to use the time to do my rehab, recover and then get myself fit again for when we came back.”

“I’m back now, feeling good and excited to test myself out on court, I’ve had a lot of just fitness and running sessions over the past few months so it’s exciting to be back out there with the team and playing netball again!”

Looking ahead to the new season, she said: “I’m really looking forward to having games back in the week, it really gives me a different structure having training leading into matches rather than just training on end, so just having a routine and getting back into it will be good.

“My aims for the season are just to get back out there, get some court time. Build on what I learnt last season and continue learning from the other players and team around me.”

She will be joined by fellow countrywoman Jasmin Odeogberin, a 19-year-old Loughborough University student who is in England’s U21 long squad. 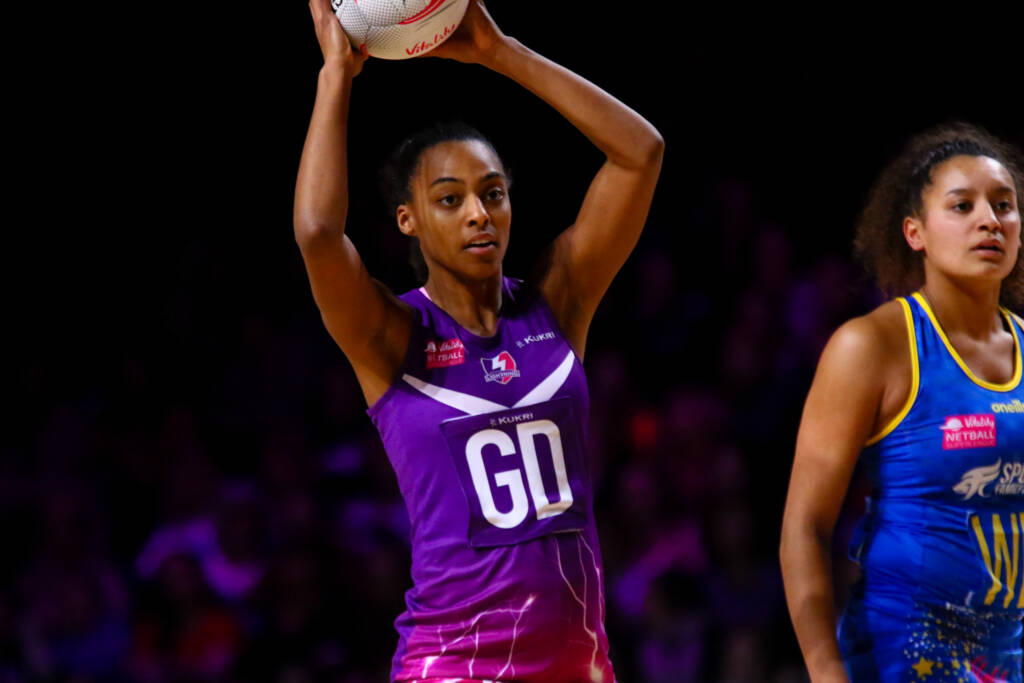 Odoegberin’s VNSL debut was with London Pulse in the 2019 season after an impressive international debut with England U17s. She has since risen through the Roses Academy, having captained the U17s tour to Australia and is now a regular feature in the England U21 side.

In an explosive start to her debut, Odeogberin was a key feature in the Lightning side to claim the title in the 2019 British Fast5 All-Stars competition. Her performance in that competition then led to court time in Lightning’s opening matches of the 2020 season.

“It was definitely nerve racking before the season started last year but the team were all so supportive. I always felt like I had a really strong support system on court and off court during matches and it’s just disappointing that we didn’t get to push on and see where we could’ve gone together,” she said.

“I really enjoyed my first year at Loughborough, it had a really good balance of sport and academics and fun and it was so good to be around so many sporty people which I’d never really experienced before.

“I’m really looking forward to playing again, it feels so long since we’ve had games, so it will be fun to actually play but to also see how we come out of this period and see how we’ve adapted and how we push this season.”

As the signing window draws to a close this week (Friday 30th October) keep your eyes peeled on Lighting’s social channels over the final days to find out who else will be joining them next season to complete the squad.

Delay to Government roadmap and what that means for netball