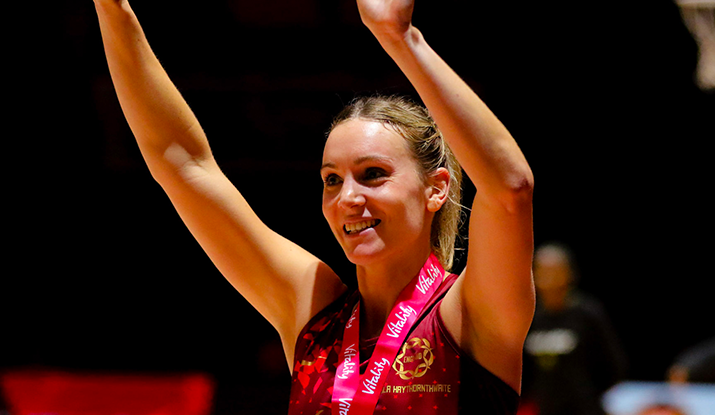 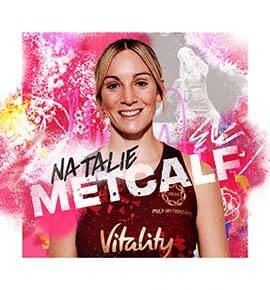 Natalie Metcalf (née Haythornthwaite) has made a fantastic contribution to netball, making her senior international debut for the Vitality Roses against Trinidad and Tobago in 2015.

Since then, Natalie has competed on the biggest stages and against the best sides in the world; she has won medals at Netball Europe Championships, the Vitality Netball World Cup 2019 and 2018 Commonwealth Games, where she helped England win their first gold medal.

Natalie has been reselected for the Vitality Roses programme for 2022-23.