During the 2019/20 Premier League season, England Netball will shine a light on one of the 30 clubs involved in the competition.

This week, we spoke to Exeter Netball Club of Premier League 3 …

Exeter Netball Club are currently embarking on their first-ever Premier League season and, in doing so, are realising the dreams of many who have worked so hard to make it possible.

Their arrival at this level has been quite literally years in the making for the likes of Head Coach Denise Ellis, Exeter Netball Club Vice Chair Pam Barnes and University of Exeter High Performance Manager Charlotte Hale, who made Premier League netball the club’s and University Netball Performance Programme’s ambition.

Thanks to some innovative thinking behind the scenes, the southern outfit hit the ground running in Premier League 3 and enter the final six rounds of the 2019/20 season in fourth position.

Exeter made their biggest statement to date in their latest outing away to league leaders Charnwood, who were 13 points clear of second place and had only lost once all season. An enormous effort from the visitors saw them record a heroic 43-46 victory.

The victory extends their unbeaten run to seven league games and puts them within two points of the automatic promotion places and ten points away from Charnwood at the top of the tree.

Their run of form, according to Head Coach Denise Ellis, was almost inconceivable before the season began but the club are not allowing themselves to get carried away just yet.

“Our goal for the campaign was to not go straight back to the play-offs and to be in the top half midway through the season. We never thought we’d be as high as we are,” said Ellis.

“It’s interesting because I don’t look at the run, I just take each game as it comes. Even though we’re fourth at the moment, all the teams below us are well within reach.

“We just needed to believe in ourselves after a difficult start to the season so it’s pleasing to see that they are building on their performances. The current run gives the girls confidence.”

The start that Ellis, a former Wales and England U19 Head Coach, refers to saw Exeter lose four of their opening five fixtures of the season.

Such a start following a long, arduous promotion campaign might have worried a lot of sides in Exeter’s position but Ellis remained calm.

“If you look at our first four games this season, we realised it was a real step up from the regional leagues and we realised that we needed to make some adjustments in terms of playing at a higher level,” said Ellis.

“I always believed that we had the capability but it was a period where the girls needed to get used to the standard of the league. We needed that settling in period. I was never worried that we were in a league that we shouldn’t be in.

“Getting that first win [away to BSV Billericay] under our belt really added to our belief and we have now proven to ourselves that we are good enough to be in this league. It’s really pleasing that the players have taken that period of adjustment and are now flying, although the league is extremely close.”

While Ellis is rightly keeping an eye on the teams below them, she can also quietly look at the automatic promotion places as a realistic target. If they finish inside the top two, it would be their second promotion in as many years.

Exeter originally won promotion to Premier League 3 at the play-offs last year at the second time of trying. Having missed out in 2018, the team returned and eventually secured promotion with a tightly-contested victory over Hi-Tech. 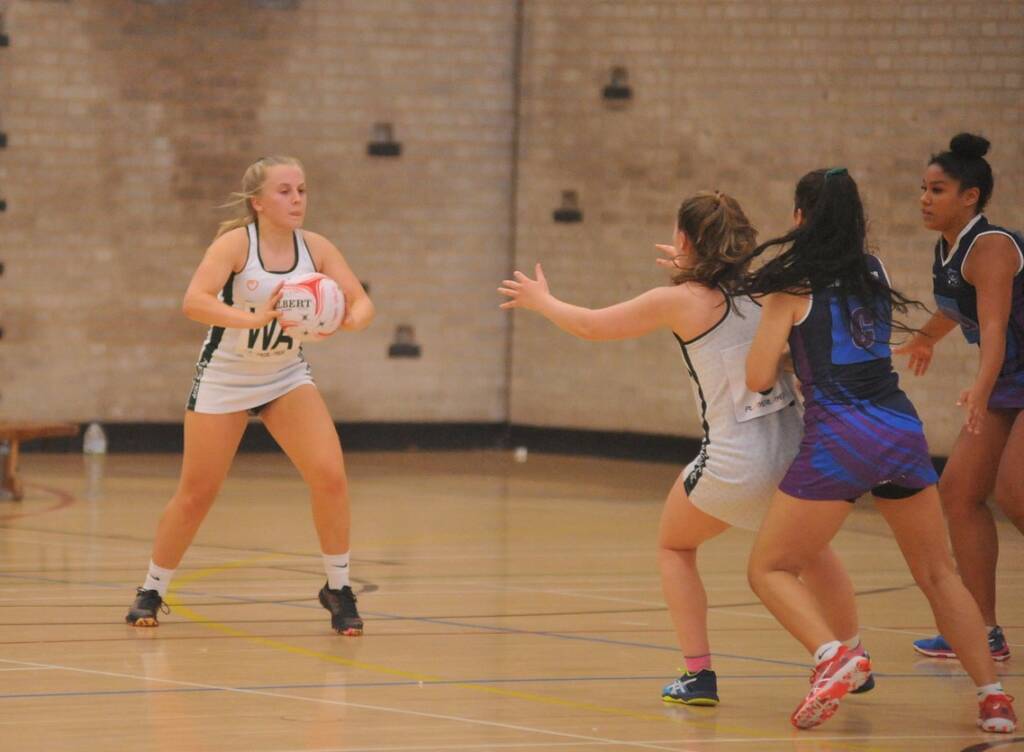 The region was missing a Premier League side prior to Exeter’s arrival. Source | Exeter Netball Club.

Their newfound presence in the competition is welcomed by all netball fans in the region. Before Exeter’s arrival, the closet Premier League side came in the form of Premier Romans in Bristol.

“It was just amazing,” she said. “We had been working towards that for years and it was a real feeling of exhilaration for the girls, some of whom were there when we lost in the previous year. We needed that first year to adjust to play-offs but we were definitely ready for it this time.

“I was so pleased for the girls and the region. We’ve never had a team from our region of Cornwall, Devon and Somerset get into the new Premier League. The nearest team they could access before was in Bristol.

“I’m hopeful that if we stay in the league then it will give players an opportunity to come and play at a club that is playing at Premier League level in the south-west region. People in the area are interested in how Exeter are getting on which is really nice.”

Another local institution which will also be appeased by the club’s success is the University of Exeter. The two organisations joined forces recently and coming together has already paid dividends on both sides.

Due to the university’s educational stature (tenth in the Guardian’s league table) and the club’s Premier League status, players with the quality of Welsh international Christina Shaw and Team Bath’s Rachael Fee – who are currently in the squad – could be more likely to pick Exeter as a destination to improve their netball career.

Ellis, who is also Head of Netball at the university, believes this official partnership will continue to prove advantageous for years to come.

“Once we got into the Premier League, it was clear that we needed some financial assistance from somewhere. The university very kindly found some funding and they now help fund the Premier League squad in terms of training venues, matchday venues. They also help financially with our travel to Premier League games.

“The benefits are huge. The university sees it as a way of possibly attracting good netballers to their programme as well. If girls thinking about coming to university are NPL standard, they obviously can see Exeter has something to offer.”

The team now plays in a new dress to reflect this relationship with the teams’ two colours – white and green, black and pink – and with this new look, an improving youth set-up and an army of dedicated volunteers, Exeter Netball Club are certainly a club on the up.