Are you as excited about the new season as we are? The 2017/18 season will be another amazing campaign with more competitions than ever before and the England Roses competing at Commonwealth Games!

Your club secretary should have received an email or letter in the post with the full membership details for 2017/18 which goes LIVE on MyNet on Thursday 3rd August 2017 @ 10.00am,  so the time has come to prepare for the registration process for another season.

Membership numbers have continued to increase during the current season to more than 103,000 members with two months to go until the season ends, so even more people are deciding to join the netball family!

We announced in March that, following a 34% reduction in funding, our members had agreed that the over 18 membership fees for the 2017/18 season would be increasing by £10.00 to allow us to continue delivering netball at a grassroots level.

We’re constantly striving to ensure that the individual member receives ALL of the benefits listed here https://www.englandnetball.co.uk/membership/membership-benefits/ and a key part of achieving this is by ensuring that every member has their own email address on their record within MyNet.

So make sure when your club secretary is registering you they have your up to date information – that way you’ll have access to some incredible offers and also the all-important liability and personal accident insurance!

If you have any membership questions, details of how to contact the team can be found here.

We hope you have an amazing season on and off the court – here we go for another fantastic year of netball!

A netball revolution: How Revolution Netball encourages Muslim women to get back on court 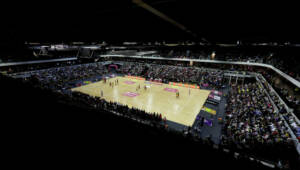