SYDNEY, AUSTRALIA - JUNE 19: Jo Harten of the Giants competes with Geva Mentor of the Magpies during the Super Netball Semi Final match between GWS Giants and Collingwood Magpies at Ken Rosewall Arena, on June 19, 2022, in Sydney, Australia. (Photo by Brendon Thorne/Getty Images)

It’s SSN semi-finals time. With both ANZ and VNSL completed for the 2022 season, all eyes turn towards the Vitality Roses playing in the Suncorp Super Netball league.

Stacey Francis-Bayman‘s West Coast Fever were in action in the Major Semi Final securing a convincing victory over Melbourne Vixens and a spot at this year’s Grand Final. While Jo Harten‘s GIANTS defeated Geva Mentor‘s Collingwood Magpies at the Minor Semi Final. Harten’s side will advance to the preliminary final, taking on Melbourne Vixens.

Stacey Francis-Bayman’s side, West Coast Fever, advanced to the Grand Final with an emphatic win against league leaders Melbourne Vixens.

Their determination to win was displayed from the offset, as both sides moved the ball around quickly with Fever able to make the most of every opportunity presented to them. After an energetic first 15 minutes, they had stretched to a nine-goal lead (10-19).

Fever continued to push the league leaders in the second quarter of action and a positive display saw them extend their lead to 26-38 at the halfway mark.

Following the break, both sides returned to the court and the match continued in an end-to-end fashion. Vixens had begun to work out Fever’s game plan and made it difficult for them to find passing opportunities. After a tight penultimate quarter, the score read 42-56 in favour of Francis-Bayman’s side.

The final quarter of play saw Vixens take control of the match, outscoring Fever and minimising their attempts at goal with excellent defensive pressure, but for the Vixens it was too little too late. Fever went on to secure victory, the score 62-71, with Jhaniele Fowler scoring 67 of their 71 goals.

Fever will hope to make history when they face the winners of the Preliminary Final on 3 July. 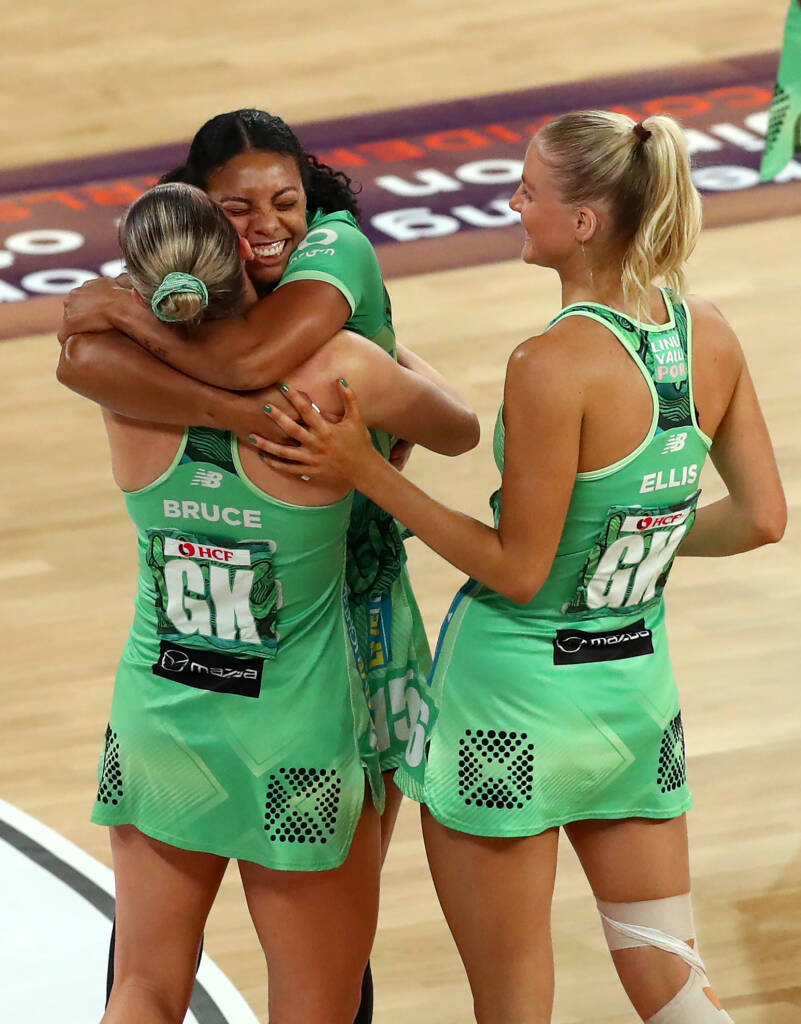 Fever have previously featured in two Grand Final fixtures but are yet to lift the trophy. In 2020, they lost to Vixens in a close game that ended 62-64 and in 2018, they were pipped to the post by Sunshine Coast Lightning following an emphatic display that ended 62-59.

Vixens have won three premierships (2009,2014 and 2020) since the club’s inception in 2008 and are hoping to add another trophy to their collection. They will now face Jo Harten’s GIANTS in the Preliminary Final to decide who will face Fever in the Grand Final on Sunday 3 July. 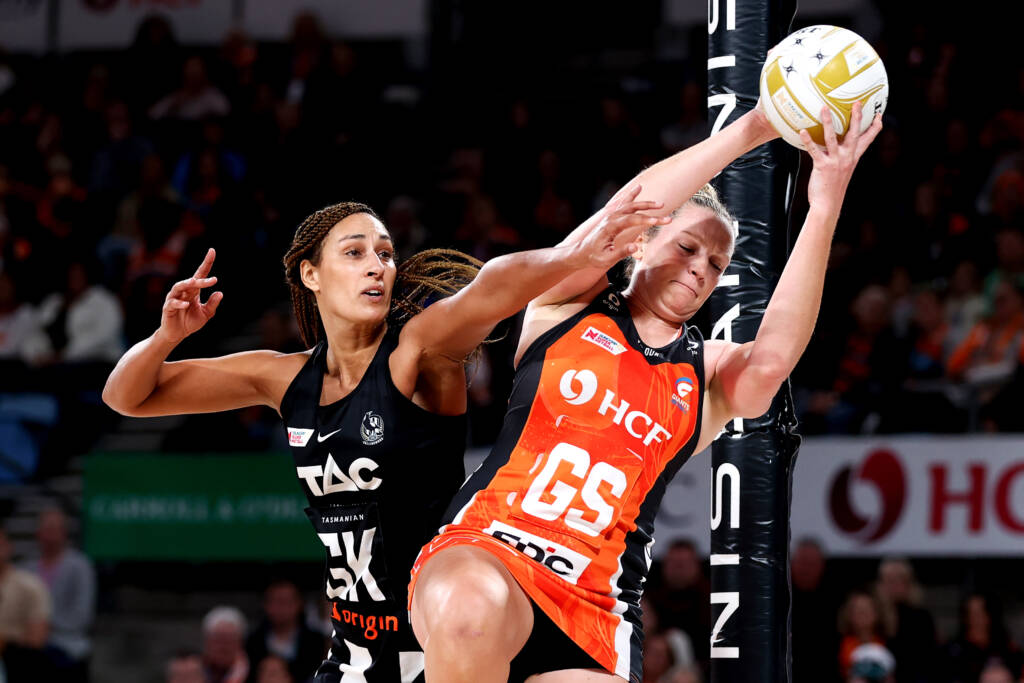 Jo Harten’s GIANTS Netball secured their spot in the Preliminary Final following an epic encounter against Geva Mentor’s side Collingwood Magpies at the Ken Rosewall Arena on Sunday.

The intensity of play was high from the offset – both sides contested strongly, aiming to gain a hold on the match. At the end of the first 15 minutes, there was little to split the two teams with GIANTS leading by just two goals (13-11).

Geva Mentor’s Magpies found their rhythm in the second quarter and scored 17 goals to GIANTS’ 12. At the halfway mark, Magpies had established a three goal advantage (25-28).

Quarter three saw the lead change hands once again. Harten had her heart set on scoring and had no trouble converting her shots as she totalled 40 match goals.

With just one quarter left to decide who made it to the Preliminary Final, the score read 43-39 to GIANTS.

Geva Mentor continued to display her defensive excellence in a display of skill and passion and four vital deflections from her helped to keep Magpies in the match. With just over five minutes played, Magpies reduced the deficit to two goals (46-44).

Trailing 52-48 and with three minutes left on the clock, Magpies’ Head Coach Nicole Richardson called for a timeout. As her team huddled around, she urged Magpies to “show them what this club is made of”.

Magpies moved the ball around GIANTS’ goal, eagerly trying to set up a Super Shot, but after a few feeds into the outer perimeter, possession was overturned by GIANTS who moved the ball up the court with some safe passes and added another goal to the tally.

With ten seconds left on the clock, GIANTS sealed their Preliminary Final position with a Super Shot, bringing the full-time score to 55-48. 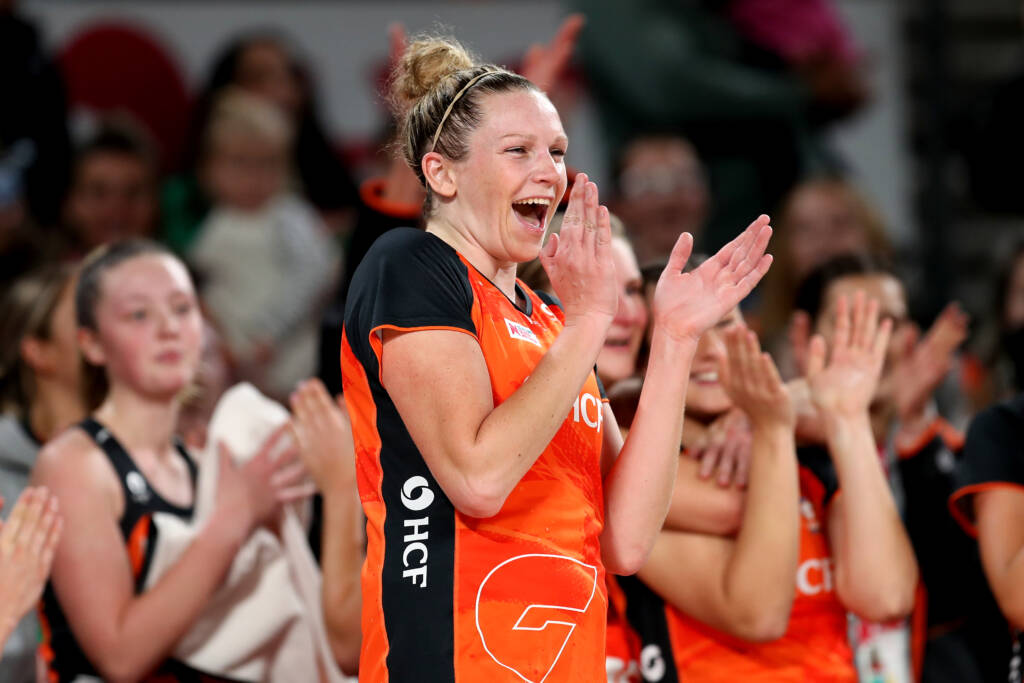 Harten’s GIANTS will now face league leaders Melbourne Vixens in the Preliminary Final to decide who will have the final spot at the Grand Final on Sunday 3 July.