Surrey Storm have announced that Sophie Kelly has been promoted from their Netball Performance League (NPL) squad into their Vitality Netball Superleague side for 2021.

Kelly has excelled at youth level, including being part of the 2019/20 Roses Academy programme, and has previously suited up for her country at Under 17 and Under 19 level.

Kelly will be linking up in the attack with Karyn Bailey, one of the most experienced players in the Vitality Netball Superleague.

Delighted to be making the jump, Sophie said: “I am so excited to have been given this amazing opportunity to be a part of the Superleague squad this season.

“Since joining Storm when I was 13 I always looked up to the Superleague players and now training alongside them is a dream come true!”

Director of Netball Mikki Austin added: “Elevated up from our Surrey Storm NPL squad, we are thrilled to extend a spot within our 15 to this young gun.

“Sophie, an athlete who is part of the Roses Academy programme and previously represented in the red dress at U17 and U19 level, has shown her ability to perform under pressure and we look forward to working with her over the coming years.”

Kelly joins Vitality Rose Yasmin Parsons, who is currently out in New Zealand for the three-test series, in Storm’s 2021 squad. 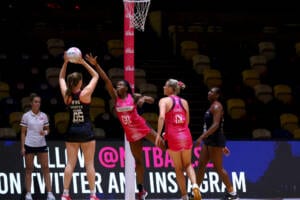 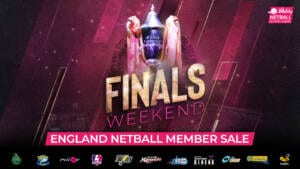