As a not-for-profit sport our members are the fabric of our game, our DNA, our heritage and our future.

This past year we have seen just how powerful the collective efforts of our members can be with 90,000 of you continuing to invest in our game, despite the impact COVID-19 had on the season, directly contributing to helping our sport survive financially.

But being an England Netball member is more than just a passport to play – it is about being a part of something bigger, helping to protect, grow, nurture and champion our game today and for years to come.

To celebrate this, we wanted to shine a light on a variety of our members over the coming weeks and months.

We began by speaking to newly qualified coach Gabrielle Troke:

Coaching is a vital aspect of every single sport and even more so in a team game as competitive and quick as netball.

From the very top of the game with Vitality Roses Head Coach Jess Thirlby to grassroots coaches inspiring the next generation, a good coach can change the outlook of a single player or an entire squad.

One of England’s latest cohort of newly-qualified coaches, Gabrielle Troke, has experienced the many rewards of coaching first hand.

Gabrielle currently lives in Suffolk having moved there just after the first lockdown and immediately sought out netball opportunities in the area to make new friends and settle in.

She first started playing netball 21 years ago at primary school before picking the sport back up again when she saw an advertisement for netball players at the company she worked at in Chelmsford.

Gabrielle kept on playing when she started her own company for the social element and, when she moved in 2020, was keen to both stay connected with her teammates but also meet new people.

“I went socially out with the new team recently and I think that’s a massive aspect of playing. It’s quite hard, especially after the 18 months we’ve had, to mix socially and netball gives you such a common ground,” she said.

“You can talk about the Roses playing, the Vitality Netball Superleague and just netball in general. I went first of all for that aspect but the sport is fantastic as well. It keeps me fit, gets me out, and I became more serious about it since my coaching journey began.

“We’d moved in between the lockdowns. I searched for local clubs online and Suffolk Rockets came up. They were just so lovely and so I turned up for a couple of sessions before we went into lockdown again. They kept in contact in that period and did so much to keep the club alive.”

By happy coincidence, the Rockets were looking for coaches at that period and Gabrielle just so happened to be thinking about committing to an England Netball Level One course. 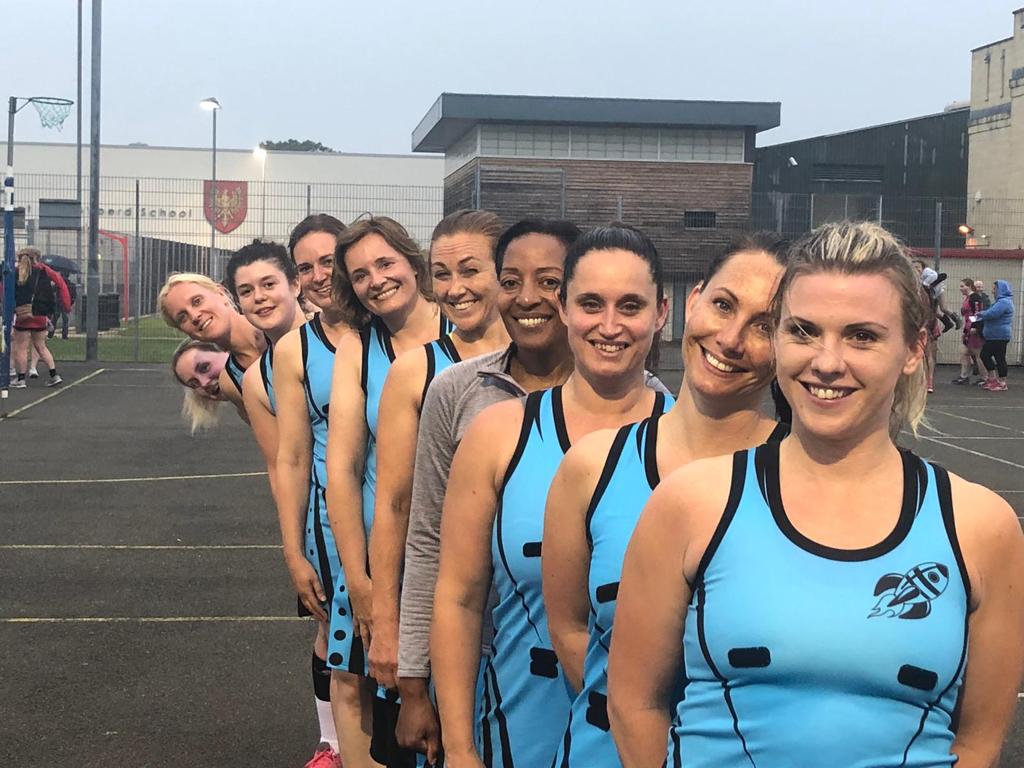 As an England Netball member, Gabrielle made use of her priority access and discounts to book the course with encouragement from her new club.

If she wasn’t convinced enough, Gabrielle’s netball-mad daughter’s powers of persuasion made the decision even easier.

“I didn’t have coaching in mind at the beginning but it’s where the sport has taken me. I caught the netball bug and really enjoyed doing more with my club. Rockets were looking for coaches, I said I was interested and it all snowballed from there,” she said.

“My daughter has also become more interested. She does Bee Netball so she’s really enjoyed that, it’s so amazing for girls her age. They absolutely love it. Her enjoyment of the sport really spurred me on to get my qualifications.

“I’m happy to use what I’ve learned to teach her some techniques. We have a post and a rebounder in the back garden. We’re quite lucky as we have a few courts in our area and she’s always keen to go. It’s very nice as it spurs us on to do more.”

Indeed, Gabrielle soon completed her Level One course with great success and is already undergoing her Level Two qualification with England Netball.

The course itself – which provides learners with an introduction to coaching over three sessions totaling eight hours – has provided Gabrielle with the tools she needs and a fresh perspective on the sport.

“It seemed the natural step. I did Level One and really enjoyed it so Level Two, which I’m doing this summer, seemed the obvious thing to do. Doing these courses, I met more coaches from the local area and we really bonded. This opens up a whole new community of netballers.

“Both the courses have been absolutely fantastic. They have a great structure to help us understand. They’ve given me the tools and the confidence to coach. The courses teach you new things but also reaffirm what you’re doing, giving you that full confidence.

“It’s about game sense and is very much based around the game itself. Why would you have a warm up without a ball? Would you train a centre the same way you would train a goal keeper? It’s about looking at things with a different perspective.

“You can see how much the game has moved on and everyone who plays it is now an athlete. And we are all athletes. We play once a week, train once or twice a week, and we have to look after ourselves especially after the year we’ve had.”

Having only joined a year ago, Gabrielle’s passion for coaching and new qualifications have ensured she is now a vital part in the ever-growing Suffolk outfit.

A member for more than a decade, Gabrielle is back coaching with her original team and also coaches up from junior level with the Rockets back home.

“It’s been amazing and very, very, very enjoyable. I’m coaching with my original team which I’ve thoroughly enjoyed and, with the Rockets, I’ve done up from juniors. The course does Bee Netball all the way the way up to adults, who play in competitive leagues.

“I’ve done a couple of match coaching now. To see them out having fun and smiling, it’s just fantastic and so lovely to witness. To help them play sport is an amazing experience and I’m very grateful to be in this position.

“My daughter is interested now. I won’t say that she’s the next England star, although she’s got it all mapped out, but you never know how my qualifications can help support her development.”

“I’ve always seen it as something you signed up to because you want to be part of that group and that community” – Troke.

Both Gabrielle and her daughter are members, and both get a huge amount of benefits through England Netball.

For Gabrielle, one of the main highlights of renewing her membership each year is that strong sense of community she feels as part of England Netball.

Now, with the Vitality Netball Superleague season complete and the Commonwealth Games around the corner, this coach believes 2021 is a crucial year for netball after a strange 18 months.

“I’ve always seen it as something you signed up to because you want to be part of that group and that community. It’s not a huge amount of money either.” she said.

“This will definitely be netball’s time again. It’s almost like a phoenix from the flames. We could have put up our hands and said that we weren’t going to do it for a year, but we adapted and hopefully in a better place because of it.

“We’ve kept it boiling underneath and I now think it is our time to come back especially with Birmingham 2022 on the horizon. It will be amazing to see the girls out there and bring netball back into the spotlight.”

The year ahead for netball in this country is unparalleled. It is a critical year to return our sport. This is our time to build back stronger, to grow our sport, to strive for more.

This is our time to inspire more women and girls to take to the courts than ever before, to set ourselves apart from other sports, celebrating what makes us unique, filling our courts across the country with joy once again.

This is our time to play with hope, and happiness, to grow and set bold new goals for ourselves and our sport. 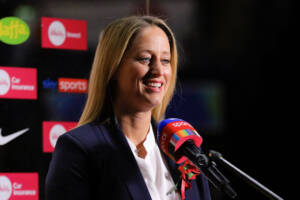 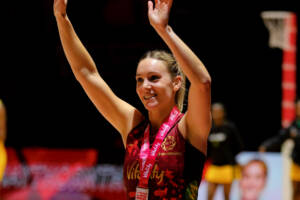