The Vitality Netball Superleague 2022 season is up and running!

Fans were treated to four high-energy matches on the second day of the Season Opener weekend at Resorts World Arena in Birmingham with lots of Vitality Roses, Roses Futures and Roses Academy athletes involved. 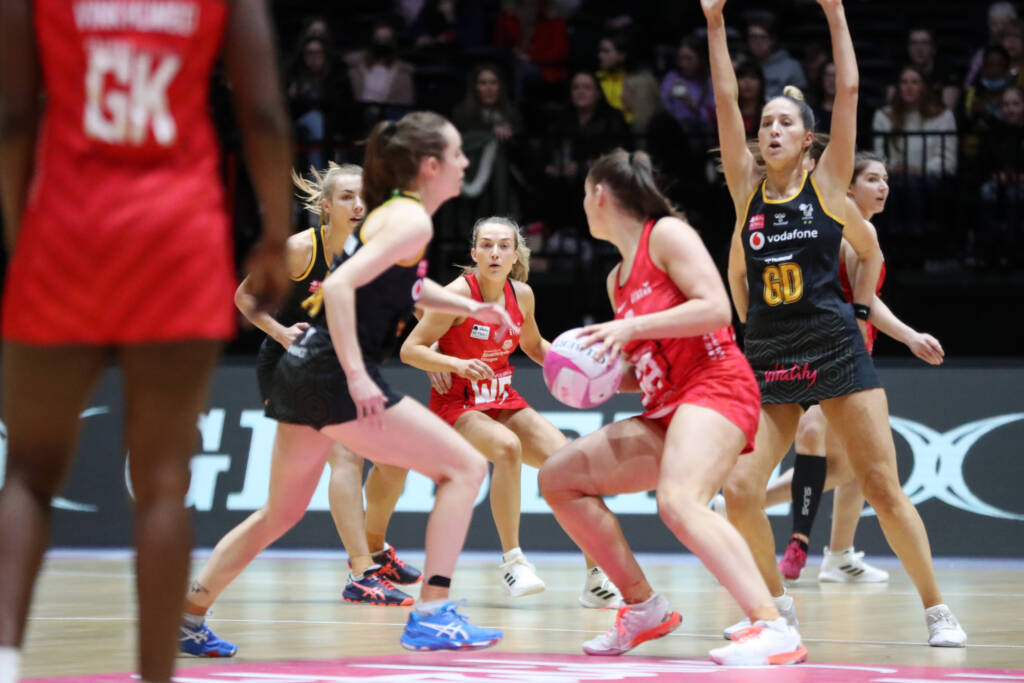 Wasps’ Rachel Dunn opened the scoring in the first match of the second round and continued to challenge the Sirens defence but the Sirens responded equally well with composed build-up play and accurate finishing, notably by Niamh McCall, who found the net well from long-range.

There was very little to split the Wasps and Sirens at the end of the first quarter with the score edged by one goal in favour of Wasps. (12-11)

Both teams battled valiantly to stay in the game but it was Wasps who managed to narrowly extend their lead and end the half in front. (25-21)

At the end of this closely contested match, it was Sirens who managed to secure the win after taking the lead 50-44 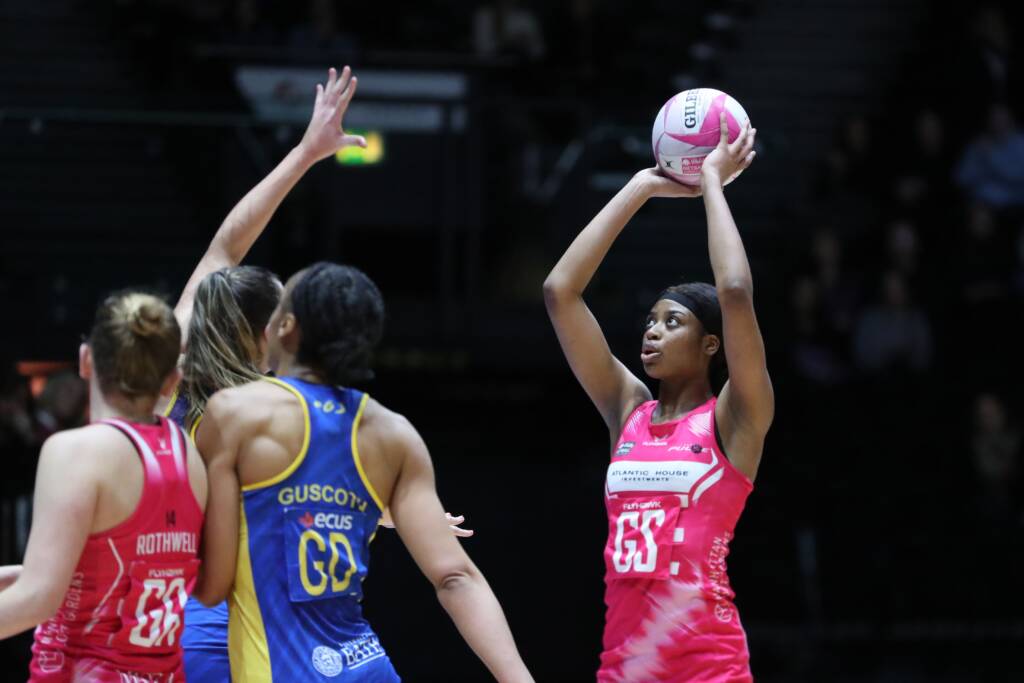 After four quarters of end-to-end action, it was London Pulse who came out on top in this extremely close fixture.

London Pulse’s side started strongly against 2021’s runners-up Team Bath, who were missing the likes of Vitality Roses Serena Guthrie and goal keeper Phumza Maweni. Pulse finished in eighth place last season but today they looked equally as strong as their opponents.

Vitality Rose and Pulse GS Olivia Tchine looked sharp in front of the post with fluid movement which led to her converting well inside the circle.

Team Bath also moved the ball efficiently with captain Imogen Allison feeding the ball into Sophie Drakeford-Lewis with expert precision. At the end of the first quarter, London Pulse led by three points. (12-9)

With the whistle closing the first half of this match-up, London Pulse retained their narrow lead. (29-23)

It was a game of mental endurance in the second half of this match. Team Bath worked tirelessly to level the scoreline but they couldn’t maintain their position. London Pulse’s tenacity edged them in front to secure their first win of the season. (52-48) 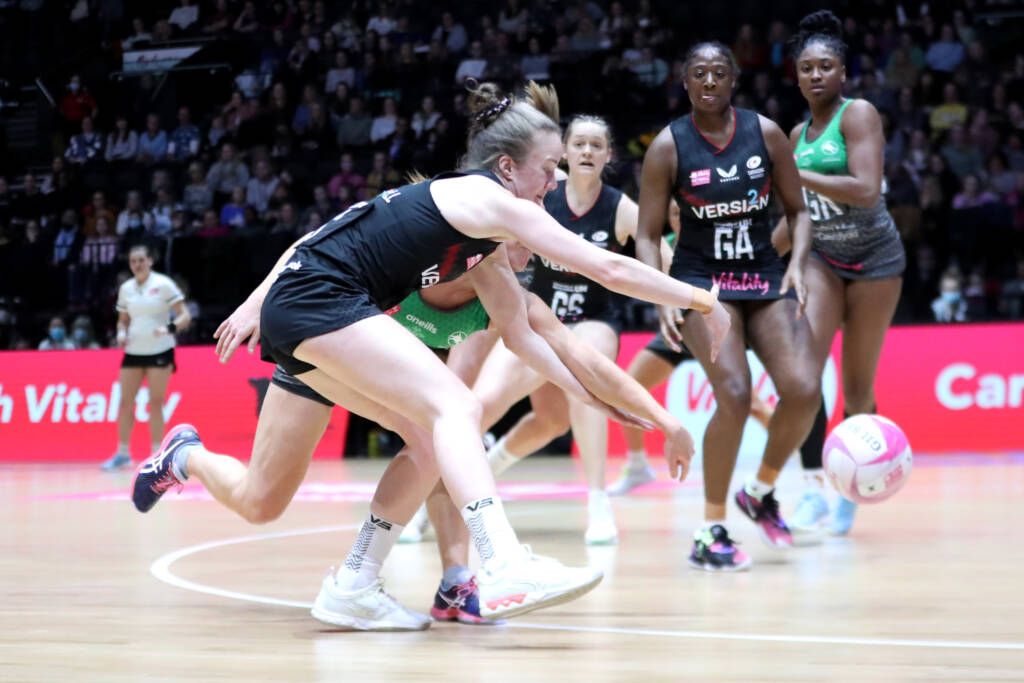 It was a tightly contested opening quarter with Mavericks leading by one point at the end of the first quarter. (14-15)

Dragons responded strongly with some passionate play, scoring 17 points and taking the lead at half-time. (31-28)

Despite their efforts, Dragons were unable to retain their lead against the Mavericks.

Commonwealth Games winner Sasha Corbin captained her side to victory with the final score 54-62. 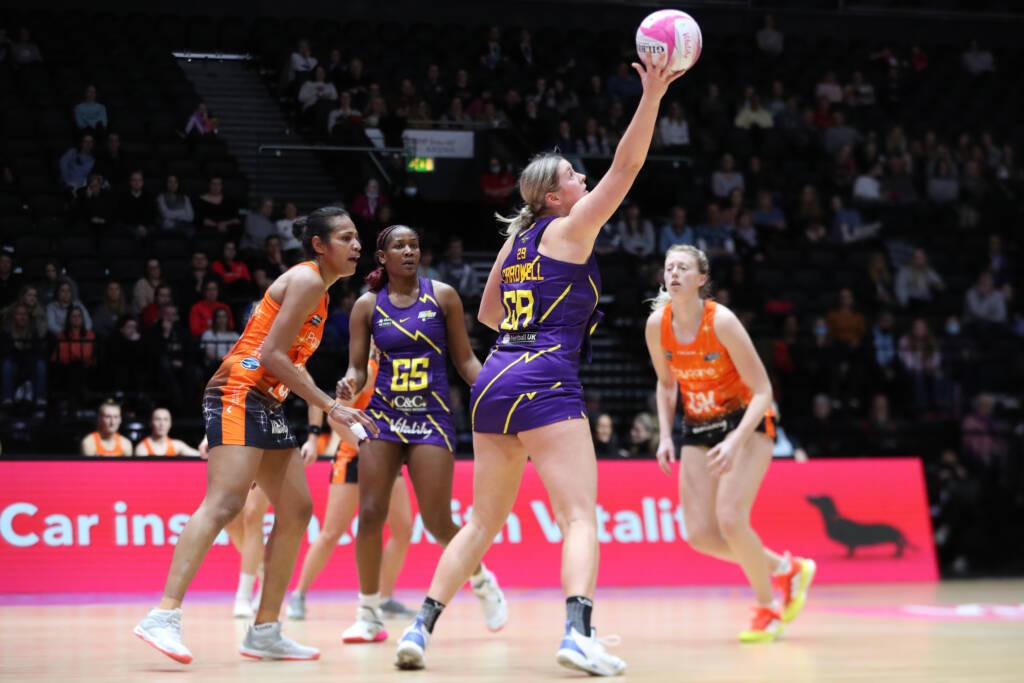 Manchester Thunder began strongly against Severn Stars, taking an early lead and asserting themselves on the court. Vitality Roses’ Eleanor Cardwell continued her run of excellent form, finishing well in front of goal.

Captain Laura Malcolm’s side continued to apply the pressure in the second quarter despite some excellent movement and feeds into the circle by Liana Leota. Stars struggled to make an impact ending the first half trailing 19-38.

Stars began to find their rhythm in the second half, looking more comfortable on the ball and finding pockets of space around the circle but Thunder’s Yomi Eza-Wilson’s interceptions did not make it easy for Stars to capitalise on their opportunities in front of goal.

The 2022 season continues with Round 3 on Friday 11 February.

Previous Story Vitality Roses in Focus: VNSL 2022 Round One
Next Story England Netball champions diversity as it takes part in Race Equality Week 2022