Afsana’s netball journey began at a Back to Netball session, where she then felt inspired to set up her own sessions. With the help of her Netball Development Officer Rachel, Afsana now assists coaching two Back to Netball sessions each week, and is planning on undertaking her UKCC Level 2 qualification later this year!

Playing netball was something I thoroughly enjoyed at School, I played in the school team as captain for many years. I left school over 28 years ago and had not played netball since! My sister and niece persuaded me to attend a Back to Netball session in Nottingham in September 2018. The first session I attended reignited the passion I had for the sport! Ruth, the coach was great.

I live in Derby and wanted to attend sessions closer to home. After contacting various venues in Derby, it became apparent they were unable to ensure a no male environment. As a Muslim female, this was important to me so that I could play netball without the need to cover my hair and also wear the kit I wanted.

My sister is a UKCC Level 2 netball coach in Dubai and she encouraged me to start netball sessions in Derby. It didn’t take much convincing because I also didn’t want to give netball up again! As a pharmacist I recognised that the social element of playing a team sport was greatly beneficial to health in a way that individual physical activity was not in that it brings people together, taking away isolation which is a key factor in depression. I wanted more women to reap the positive mind benefits of this sport and thought it would be fantastic to contribute to making it more inclusive to all women, targeting those who preferred a female only environment!

After gauging interest from other women with similar needs I decided to set up netball sessions in a female only environment inclusive to all women. I had women interested, a suitable venue, all I needed now was a coach! I was connected to my local Netball Development Officer Rachel and within a few weeks our netball sessions started. The sessions were a real hit with the girls, some of who had never played netball before!

I started this journey to play the sport I loved as a child, as my confidence and knowledge of the game grew I decided to complete my UKCC Level 1 netball coaching, since then I’ve been assisting with delivering some of the activities, helping all the ladies feel at ease and ensuring they keep coming back every week!

Rachel’s support has been invaluable for the success of our sessions and her natural coaching ability with adults and children has been inspirational! This, as well as an interest to start coaching younger children prompted me to do the UKCC Level 2 netball coaching which I am really excited about starting in October! 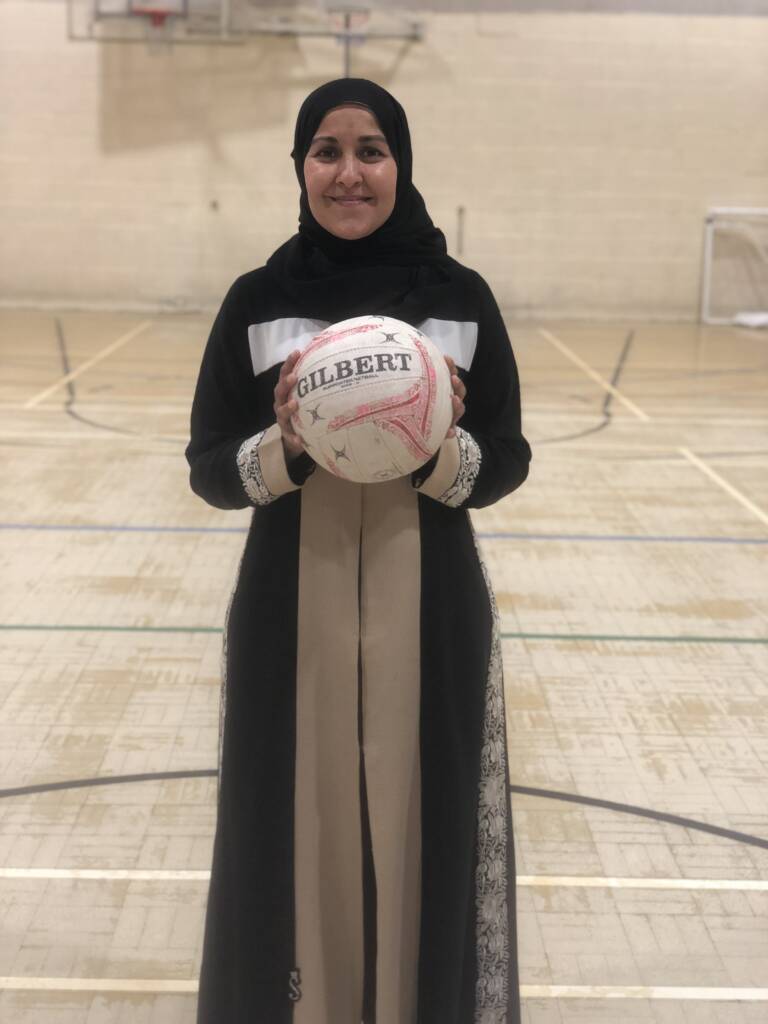 We now run 2 Back to Netball sessions a week on a Friday night and will be starting a third session on a Wednesday night. I hope to start children’s Bee Netball sessions very soon which is not what I set out to do but I have enjoyed watching some of the younger girls develop and grow in confidence which is great to be a part of! My 8 year old daughter who often watches us play has developed a keen interest in netball and has also been a key driver encouraging me to start sessions for younger players!

Netball has given me an outlet to allow myself and others to have fun, keep fit and make new friends, all of which have a positive impact on our health. It’s fantastic watching the women have fun and see their confidence grow. Some women have described how it has helped them off court too which is extremely rewarding!

Previous Story From Back to Netball to Roses’ Academy Head Coach: Sheonah Forbes
Next Story 10 simple steps on how to look after your mental health and wellbeing