Eight teams competed in the inaugural edition of the competition which took place at Lee Westwood Sports Centre at Nottingham Trent University on Saturday 1st February.

The championship was made up of two competitions for the first time with there being a tournament for deaf and hard of hearing players, and one for people with intellectual impairments, learning disabilities or special educational needs.

Alongside the ParaNetball Championship, the England Netball Strategic Lead for Disability ran a Disability Awareness Course during the event to encourage and support disability sport enthusiasts to get involved with disability netball.

There were 26 competitive games played across two courts with there also being a morning of training provided by England Netball coaches for those playing deaf netball. This was followed by five and seven-a-side matches in the afternoon.

It was EPCN Dynamos who lifted the trophy at the end of a fantastic day as they – after going the whole day unbeaten – defeated Concord RED in a dramatic final.

The final standings were as follows:

England Netball would like to congratulate all teams on their performances and wish to thank all of the players, coaches, officials, supporters and volunteers for a fantastic weekend. 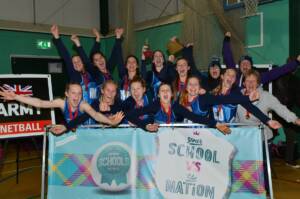 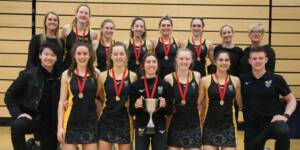 U19 and U21 Netball Performance Leagues return