We are delighted to announce that the Government has given the sport the green light to accelerate its return through a modified version of the game.

This vital milestone for the sport means it will move to stage 4a of our revised Return to Community Netball Roadmap, allowing modified training (including intra-club match play and local club friendlies) to take place from today for groups of up to 30 people per court, subject to netball organisations having the required risk mitigations in place.

From 26 September, stage 4b of the Roadmap will be unlocked, meaning leagues and competitions will be able to recommence. This window will allow planning time for league organisations and a vital window for pre-season player conditioning.

In July, the Government announced that team sports could return if governing bodies submitted an action plan that could demonstrate their ability to satisfy a risk exposure framework and put sufficient risk mitigation measures in place at every level of the community game. As part of this, sports were required to analyse the traditional versions of the game and assess the number of instances where players came within 1m, face to face for three or more seconds. These instances represented ‘increased risk’ of infection and, unsurprisingly due to the nature of netball, match analysis concluded that these types of instances were common in every level of the game.

Therefore, as part of our action plan, we increased the normal three-foot marking rule to four foot, and outlined that players will be required to position themselves a minimum of four foot away from their opposing players and teammates at the start of play, and also remove close contact idle interactions from the game.

These game changing rule amendments, coupled with comprehensive risk mitigation protocols to support social distancing on arrival and when not on court, have now been approved by the Government.

Our popular programmes based on traditional netball rules, including Back to Netball, Netball Now, Bee Netball and ParaNetball may also return in line with the modifications, as well as Pathway activity. Due to variations to traditional rules, Walking Netball and NETS can only progress to stage 3 of the Roadmap at this time, they cannot move to stage 4 until further analysis has been undertaken.

We have also prepared comprehensive guidance to support the safe return of community netball. Our member exclusive ‘Care Package’ is now live for every member organisation in the country and extensive resources are available to make the return to court as seamless as possible.

Fran Connolly, CEO of England Netball, said: “We are delighted to be taking a significant step towards seeing netball in its fullest form return. I know the Netball Family have been itching to get back on court and the time is nearly upon us. Today’s announcement means that thousands of women and girls can step back on courts and enjoy the significant physical and mental benefits the sport brings to so many.

“Behind the scenes we have been working tirelessly to analyse the standard game and considered every plausible way of getting the sport back as soon as possible, whilst protecting the essence of netball and keeping everyone safe.

“Whilst the change in marking distance sounds simple, there is still a great deal for clubs, leagues and programme deliverers to do, including speaking to venues, doing risk assessments, appointing a dedicated COVID-19 Officer and much more, but we will be here to help them every step of the way. We are also aware that some member organisations have had difficulty accessing venues or booking courts due to limited access and availability, so we do ask players to continue to be patient as we support netball organisations nationally and locally to navigate through this period.

“This is a great step in reigniting netball and is vital in helping the sport to rise again. For anyone that hasn’t yet, we encourage members to renew their 2020/21 membership now so they can help netball return bigger and stronger than before and enjoy the benefits of being on court again and being a part of the Netball Family.”

Until organisations fulfil all mandatory criteria required to move to stage 4a of our Community Return to Play Roadmap, they must remain at stage 2, which means taking part in netball fitness activity in groups of six outdoors, whilst remaining at least 2m apart and keeping equipment sharing to a minimum.

The Vitality Roses and Vitality Netball Superleague clubs are continuing their journeys back to court through the Government’s elite sport return to training framework. All these players will be returning to the traditional full form of netball with risk mitigations in place.

Click here to read more detailed guidance on the return of community netball. Members, please look out for an email from us with links to exclusive member content and information too. 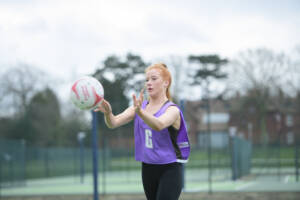 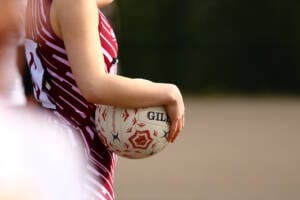