Ben is an internationally renowned sports photographer and was voted 2020 Sports Photographer of the Year at the British Photography Awards.

In the last few years, Ben has attended some of netball’s biggest events to capture the sport’s biggest moments. Today, he picks out his seven favourite photos. 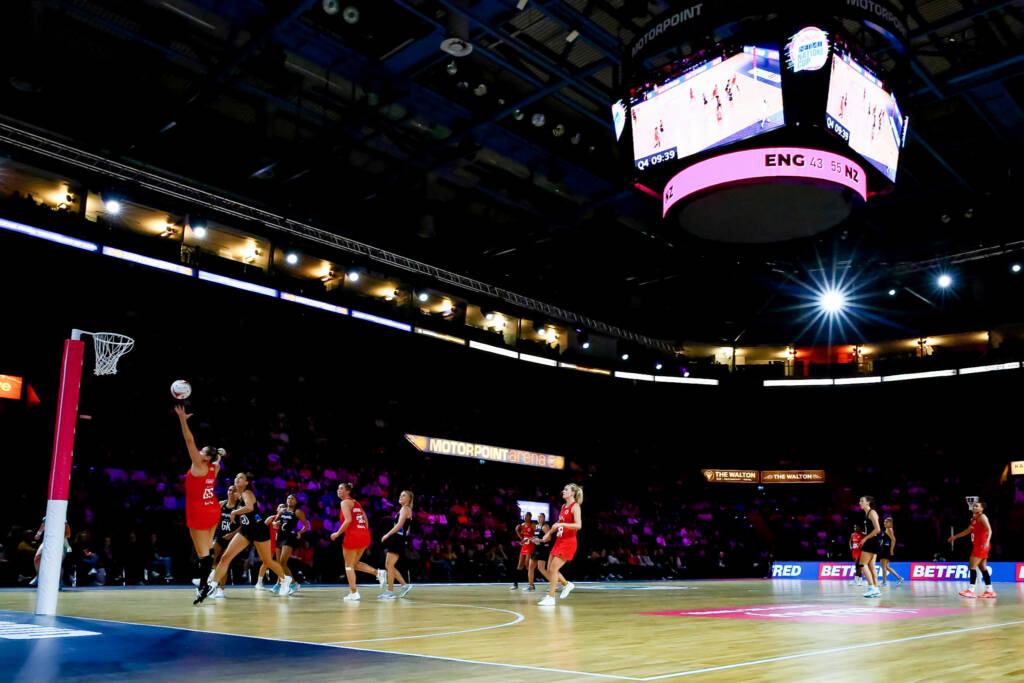 One of the cool things about working in big venues is that you can show off netball as a spectacle and as an event.

Some of the arenas we work in like Nottingham Arena let you get some really cool big images of the action like this. I love shooting images such as these because it lets me show off the game rather than just focusing on the action. 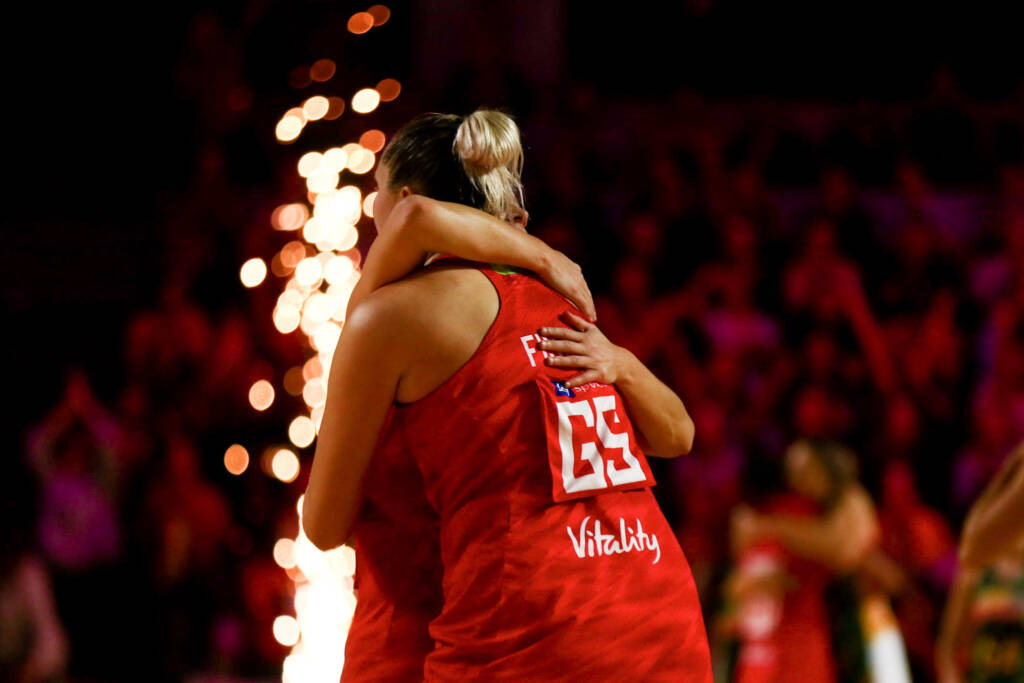 One of the things that I love to capture in netball is the support and teamwork that the Vitality Roses have. In good games or bad, the support is there always.

It’s easy as photographers to dash off at the buzzer and start editing images from the game but just hanging around a little while longer gets you cool images like this one from the final game of the Nations Cup. 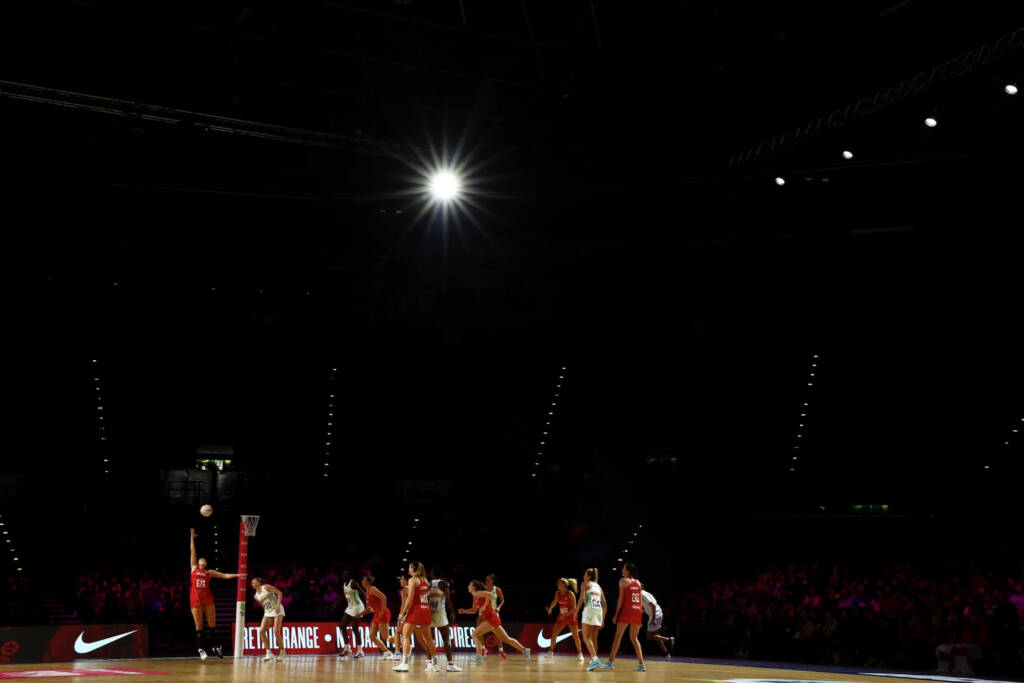 Sometimes when you’re working, you’re trying to create something special and when you get it you know it’s going to transcend photography and stand alone as a piece of art.

This image captured from the second round of the Nations Cup was planned to take in the heroic leaps of George Fisher while letting the venue look amazing. This one will be in my portfolio for a long long time. 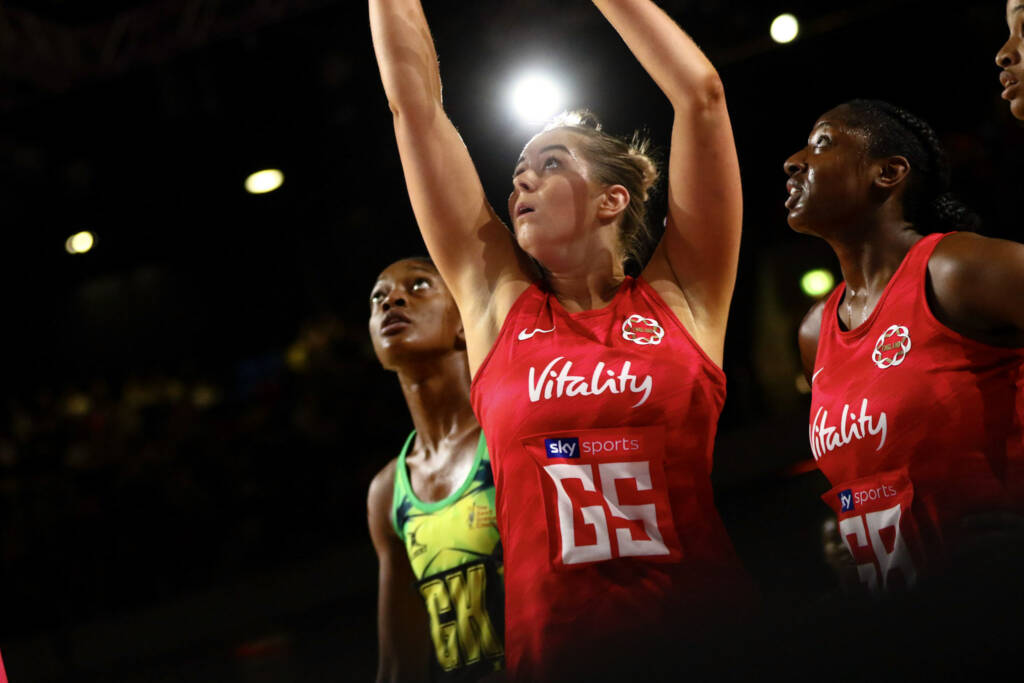 Sports photography is not always about freezing the action. Sometimes the best images can come after the action and when, in the case of netball, there’s no ball in the picture.

At the Copper Box, I had a lot of fun playing with the spotlights in the background creating halo-like effects on shooters like Ellie Cardwell. Capturing the moments after the ball has gone lets me get these cool waiting expressions where you don’t know if the point has been scored or not. 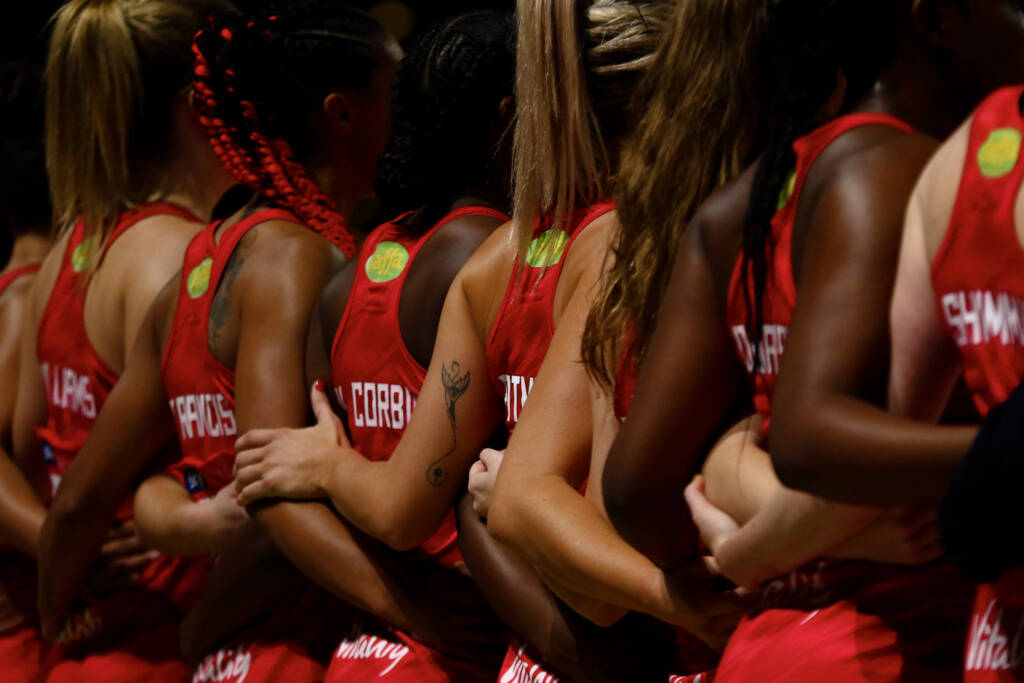 Solidarity in each other. The normal image at the start of a game as the anthems are being sung, is the front on shot of everyone’s faces but I don’t like going for normal.

By switching round to the back of the players you can show this brief moment of unity usually not seen but that is everything to do with the Roses squad and their ethos.

#6 – Passion from the sidelines – Birmingham Arena 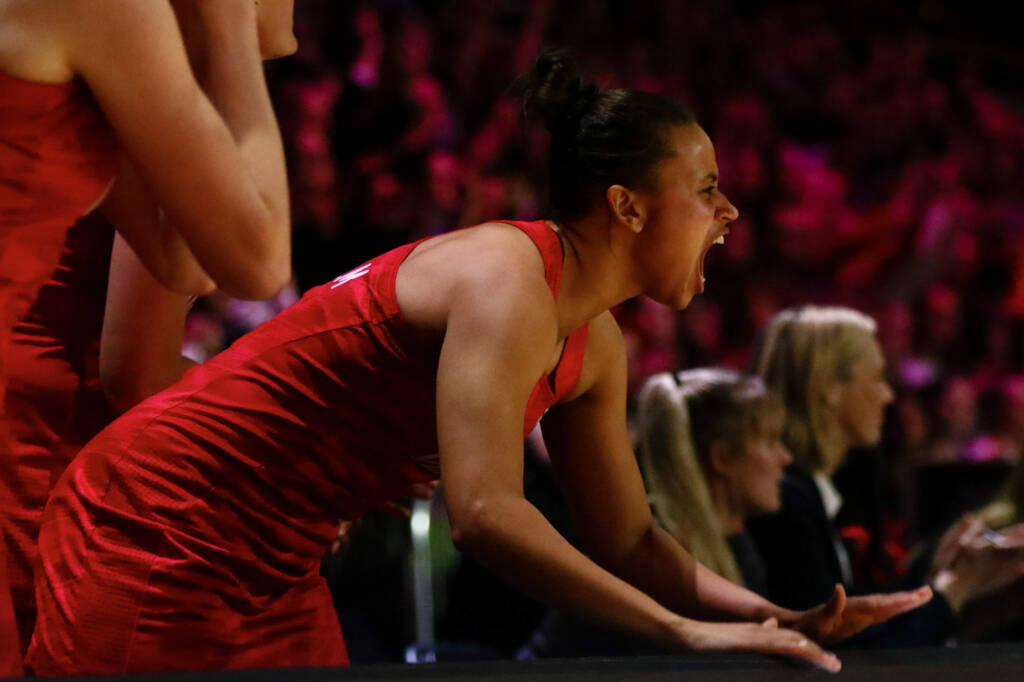 In every match, event, or shoot with a team, there’s always a few characters who photograph really well because of how animated and fun they are. Laura Malcolm is definitely a player I keep mindful of when I’m working because you can capture moments of pure passion like this.

Photographing the sidelines in arenas is never easy because they’re not usually as well lit as the court itself, but I knew Laura was sitting in a little pool of light so as soon she started hollering I knew I could get the shot. 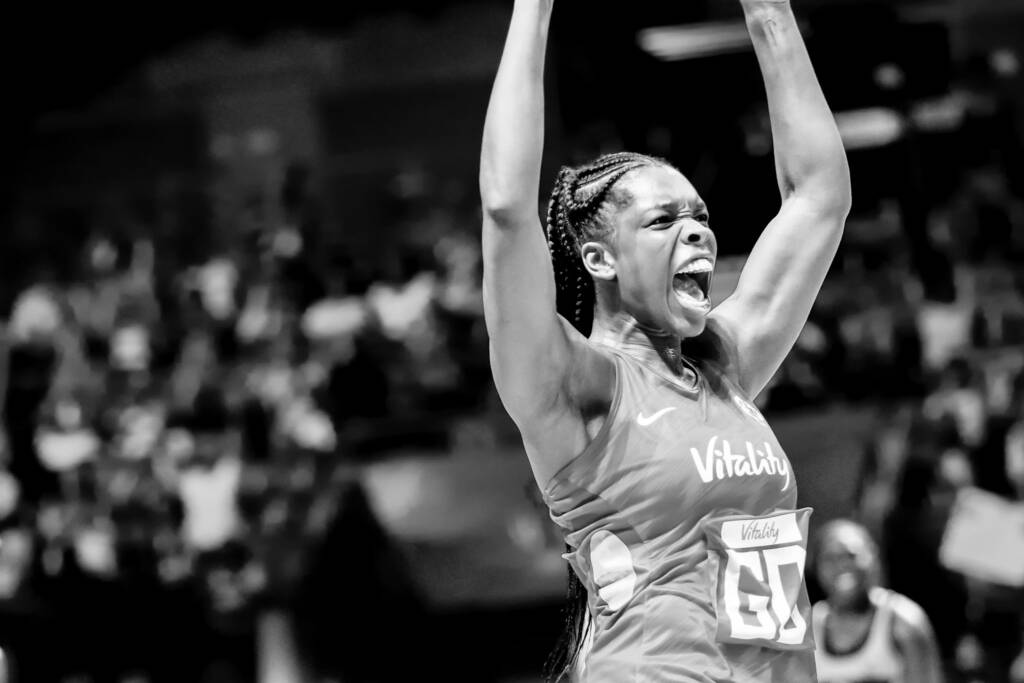 Sometimes in games you’re just in the right place at the right time. At last summer’s Vitality Netball World Cup 2019, I was placed on a bench in one spot for the whole game against Jamaica and had to work hard to get a good variety of images.

At the end of the game, Eboni Usoro-Brown exploded in celebration right in front of me. I don’t think I’ve ever hit the shutter on my camera as fast, capturing the whole scene of celebration! It’s one of my favourite images of raw emotion I’ve taken working with the Vitality Roses setup.

Zara Everitt on balancing her studies with netball