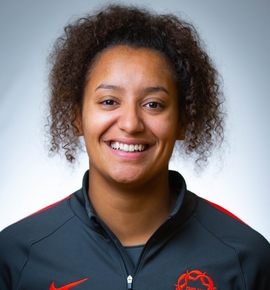 Imogen Allison has established herself as one of the country’s most promising young players during an outstanding two years with Team Bath in the Vitality Netball Superleague. She quickly secured a regular starting place at wing defence, helping Team Bath establish the best defence in the 2017 and 2018 competitions.

The tenacious defender has previous experience on the international scene, helping England U21s win bronze at the 2017 Netball World Youth Cup in Botswana.

Imogen Allison back with Team Bath for 2020