During the 2019/20 Premier League season, England Netball will shine a light on all of the 30 clubs involved in the competition.

This week, we spoke to TFC Leicester of Premier League 3…

Life towards the end of the table can be a troublesome place for netball clubs in Premier League 3 with the threat of play-offs looming large for those lurking around the bottom three.

Currently, four clubs are hovering around the relegation zone and there could be further teams dragged into the mire in the remaining rounds of the 2019/20 season.

One club currently looking to break free of its grasp and guarantee survival away from the play-offs – where Premier League 3 teams face the best regional sides – is TFC Leicester.

TFC Leicester are situated in Hinckley, Leicestershire, and have been a recognisable piece of the Premier League for a few years, party due to their eye-catching bright blue dress.

They first gained promotion to the third division back in 2013 and spent two seasons among the top 30 clubs before suffering relegation. They did, however, return following promotion at the play-offs in 2017.

They have since gained a reputation as fighters, as survivors. The team finished bottom of the league in 2018 but managed to evade relegation due to some hard-fought play-off victories.

Despite finishing sixth last term, some poor early season form sees them battling to retain their place among the elite and they have made a number of changes in order to achieve their goal – one of which was the appointment of Tara St Clair as Head Coach.

“I started with the team after the beginning of the season so the first few games for me were working out where the players were at,” said St Clair, who joined in late October.

“We are a team with a lot of potential and we have players of a lot of different backgrounds. We have girls at franchise pathways, university girls, and women who have been the core of the club for many years. We are trying to gel that all together which can take a little bit of time. 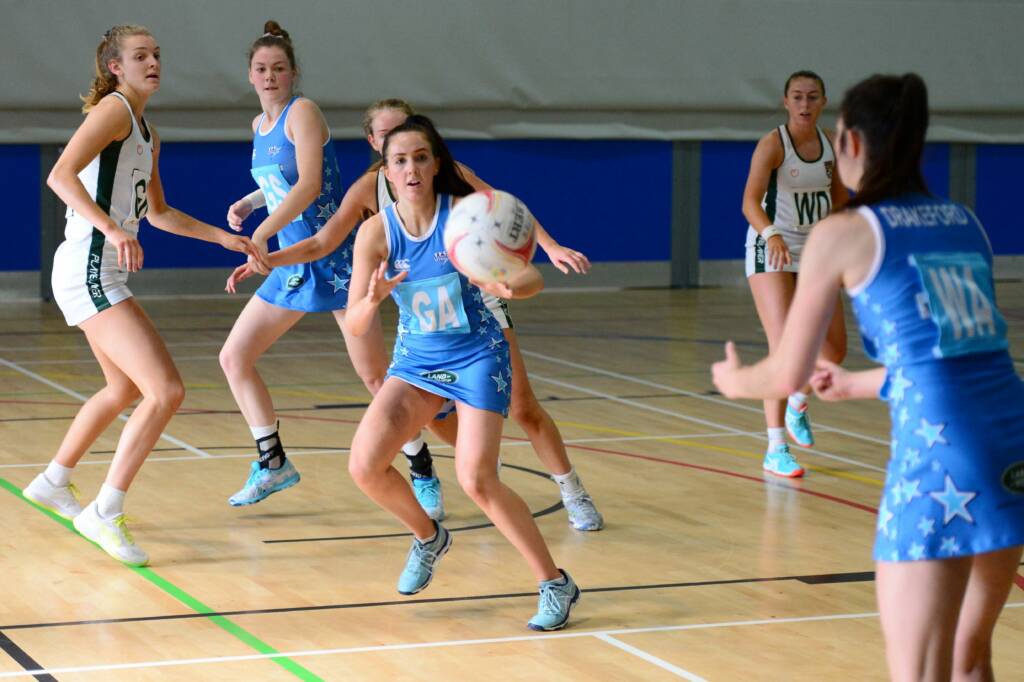 “For us, there is a real desire to win and some of our recent games have shown how competitive we are. At times, we have been really competitive right until the last whistle and have missed out by one or two goals. It’s been a real variety in the league this year.”

St Clair, who first worked with the club six years ago, has guided her side to two of their three wins this term – against BSV Billericay and Essex Open respectively – to put them within 16 points of safety.

The Loughborough Lightning Programme Manager will now be hoping to turn some of their close defeats – including a five-goal defeat to relegation rivals Leyton – into victories if they are to close the gap.

Even with the likes of Wasps Netball’s Poppy Baker and Vitality Netball World Cup star Adelaide Muskwe in their ranks, St Clair recognises the size of their task in a fiercely competitive league.

“Everyone has the ability to beat everybody in this league. Some of the results across the league demonstrate that a lot so I do think it is about what happens on the day,” she said.

“All the teams are very competitive which is what we want for the Premier League and for the girls to develop as players. My coaching philosophy is about developing people and I’ve taken that same mentality into my role at TFC.

“By focusing on the process you also take the pressure off away from a results environment. For us, it’s about the people and having an environment where they feel that they are welcome. We want them to feel they are learning and getting better.”

TFC Leicester certainly have a talented young squad to help mould into future stars. They have already promoted the likes of the aforementioned Baker, Muskwe and England U21 international Megan Thorne.

“From a priority point of view, it’s about those must-win games where we can climb a few positions and keep out of those play-off positions – that’s key for us.” – Tara St Clair.

These young players are able to gain valuable first-team experience against mature athletes whilst getting a netball education at their franchises, which surround Leicester in abundance. Wasps Netball and Loughborough Lightning help occupy the netball landscape in the Midlands.

Ten players were named on the books at either of these franchises last season and, with 11 teams ranging from seniors to U11s, the future looks bright for TFC Leicester on the court.

“Club netball is really important for young athletes. When you expose them to a club environment, they are playing women who have been in the league for a number of years with really developed game brains. That is a really special opportunity for them,” she said.

“We can pull from a number of different areas and the university structures within those geographical areas. TFC have built really good relationships with Wasps Netball and Lightning so there are huge development opportunities for players who are willing to put in the time.

“It’s a really nice, family-orientated club. The U16 side will sometimes join us for training so they can get a taste of the next level and is a development opportunity for them. We try and have things quite integrated as we go down through the levels.”

The club also look in great shape off the court, too. The Premier League side is backed by a small group of dedicated volunteers that transcend multiple roles. These volunteers, including the likes of General Manager and Team Manager Melissa Croxall, have also helped to ensure the best possible future for the club.

Croxall was involved with the club before some of her senior players were even born. As a former player, she of course wishes to see the club playing at the highest level possible but also enjoys seeing her beloved TFC succeed behind the scenes.

The Leicestershire outfit have worked hard to secure sponsorship with local businesses, improve their development pathways, and increase participation in the last few years alone.

“Being in the Premier League has had a huge impact on the club. It has enabled us to attract additional players and, last year, we created a youth section which is now thriving. We also have sponsors now given the higher profile the club has,” explained Croxall.

“Our immediate aim is to retain our place in Premier League 3 but we can also look towards our increased participation. I have lost count of the number of female friends and acquaintances who want to get involved.

“Being a part of a netball club becomes part of your identity whether you are a player, volunteer or supporter; it’s a way of life. And whilst it can drive you to distraction you also don’t know what you would do without it.”

With a match against promotion hopefuls Exeter up next, it promises to be a difficult time to start a needed run of wins.

However, they have come out of their last two play-off experiences unscathed and will be able to rely on a group of young girls with another season of experience under their belt if required.

They cannot control whether they retain their Premier League status but it looks as though they are able to maintain their status as a netball hub in the community.