The aim of the Technical Excellence pillar is to provide guidance and structure for the development of athletes through the England Netball Player Pathway. The athletes may be at different stages throughout their individual development journey within the groups you coach, and your challenge is to provide the right environment at the right time.

The framework emphasises the development of game understanding and decision making where we have identified a ‘gap’ when athletes are coming through the pathway. Fundamental skills are an important part of development, which are consolidated throughout an athlete’s journey, and put under pressure through the framework’s design. An athlete may be ready to be challenged in one aspect of the game but need further time to consolidate other areas.

Technical Excellence is preparing the individual to meet the technical aspects of the game and be able to apply them under pressure.

The pillars within the framework will continue to provide an understanding of the progressive technical and tactical elements expected of athletes at all levels on the England Netball Player Pathway and how these may be applied through each stage. Every stage of a player’s development includes skills, application, decision making and continual understanding of the game itself. It is imperative and we encourage you to consider the Physical Potential and Psychological Edge pillars alongside Technical Excellence and Tactical Superiority, as part of your holistic approach to athlete development.

Use the information below to view Game Phases and Principles of the Game at the developmental stages related to an athlete’s journey on the England Netball Player Pathway. Use the guidance and supplementary resources alongside the values and beliefs in the Coaching Philosophy to build and shape your environments. 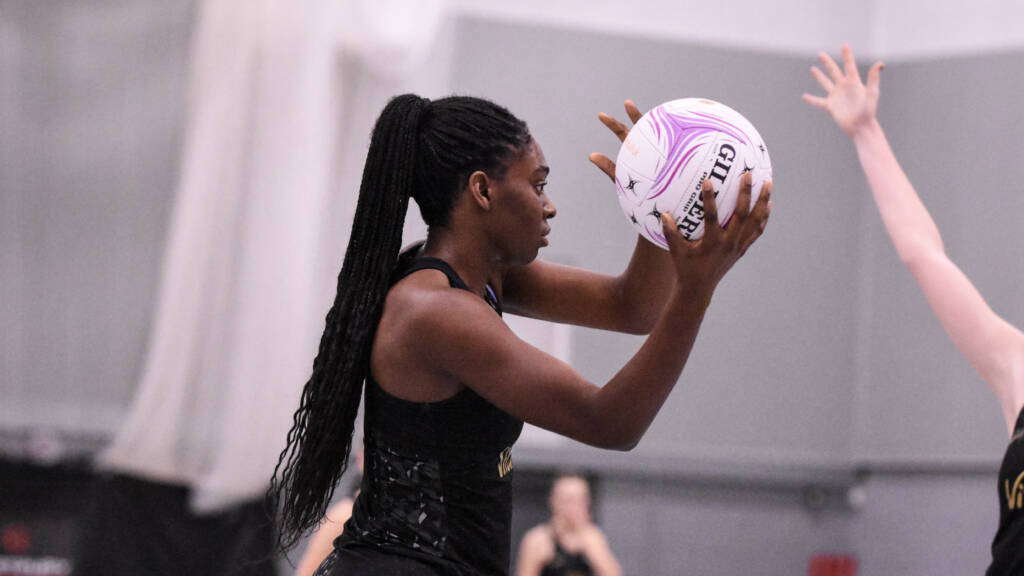 England Netball Player Pathway is the journey an athlete takes from county level to VNSL Teams, and ultimately, England programmes. Whilst this pillar refers to the ‘England Netball Player Pathway’ and the journey through it, we acknowledge that school netball, club netball and other sporting environments will play a pivotal role in developing and contributing to the holistic development of athlete.

When using the framework and viewing the development stages, note the following terms below. Alongside this Learn, Love, Win should remain the core of our planning within the Pathway.

Game Phases – Relate to the moments active in possession in attack, defence and transition recognising both on and off the ball movements. This is the way we want to play and be identified on the international stage referred to as The Roses Way.

Game Principles – Key focus areas within each Game Phase through the player pathway. The level of complexity and cognitive demand will increase as athletes progress, both as individuals and within teams, in each of the competitive environments they are exposed to.

Development Stages – these include:

These are the first stages on the England Netball Player Pathway for athletes of ages Under-15 and Under-17. During this time, athletes may train in County Player Development Programmes, VNSL Team’s Under 17 Academy and occasionally an VNSL Team’s Under 19 Academy or Roses Academy. Ideally, athletes would already have had positive experiences from environments to learn and love the game before coming into this stage. Although an emphasis on skill development remains, decision making must be an integral part of any training environment to continue their game understanding development.

This stage on the England Netball Player Pathway looks at athletes of ages Under-17 and Under-19. Athletes may train in VNSL Team’s Under 17, Under 19, Under 21 Academy Programmes and possibly Roses Academy. As the richness of competition and connections increase, learning how to disrupt opposition by working with others and recognising opposition movements are key.

This stage on the England Netball Player Pathway looks at athletes of ages Under-19 and Under 21. Athletes may be in VNSL Team’s Under 19, Under 21 Academy Programmes, alongside Roses Academy, England Under 21s, and Future Roses programmes. This stage is where we see the development of ‘experts’ in an individual’s decision making, maximising opportunities, along with the execution of repeated efforts with a clear mind under pressure.

Game phases looked at against Game Principles and Development Stages include:

We play at pace with control and creativity. We frustrate the opposition with superior ball retention, technical execution and expert decision-making.

We have a strong physical presence with a ruthless ability to be brave and win the ball.

We exhibit cognitive clarity in the chaos of the game allowing us to gain an advantage over our opponents.