UK Coaching Week returns from 14-20 September, with the campaign centring on the need to ‘Support Your Coach’.

The awareness campaign – which empowers athletes, coaches and the public to celebrate great coaching – kicks off with the #GreatCoachingPledge that will call on the nation to give some of their own time, sharing thanks and support for the coaching community.

Sport and physical activity has been, and will continue to be, integral to the nation’s response to the coronavirus pandemic by having a positive impact on people’s mental, as well as physical well-being, and the coaching workforce has been instrumental in supporting communities across the UK to stay active over the last four months of lockdown restrictions.

Responding to questions in the Big Netball Conversation (Aug-Sept 2019), 95% of netball coaches agreed that ‘netball is a part of who I am’ and this has been clear to see during lockdown.

From group Zoom training sessions to individual challenges, netball coaches and hosts across the country have shown continuing dedication and innovation to keep the sport we love going and all netballers united.

UK Coaching’s Director of Coaching, Emma Atkins, said: “Coaches have been absolute heroes keeping us active, connected and motivated both before the pandemic and during the period of isolation and disruption caused by the lockdown.

“As restrictions are eased and more of us return to play, we will turn to coaches and expect them to integrate new controls to keep us all safe, so let’s ensure that we recognise and support our coaches across the UK for the vital work that they do.”

To every coach and host now working tirelessly to support the safe return of netball… thank you.

A lot of work will be going on or will have gone into getting your netball organisation back on court and it wouldn’t be happening without you.

With your diligence and commitment, we are confident that netball will #RiseAgain. 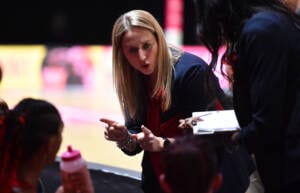 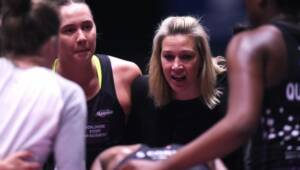