During the 2019/20 Premier League season, England Netball will shine a light on one of the 30 clubs involved in the competition.

This week, we spoke to Weston Park Blades of Premier League 1 …

Netball has always been a game centred around its community first and foremost. Clubs are rightly proud of their inclusive nature and the work they do, voluntarily, to help those who need it.

This often takes place at a local level with Premier League clubs doing all they can to support people within their surrounding areas.

Weston Park Blades have expanded their outreach well outside of their Hampshire home and, this weekend, through their annual Charity Showcase match, are raising money to aid those in Uganda.

Premier League 1 side Blades take on Hucclecote at Places Leisure Eastleigh on Sunday 8 March to collect funds for YuYo, a charity which supports inspirational education in Uganda through netball.

For the price of £6, fans can see Vitality Netball Superleague (VNSL) stars such as London Pulse’s Ashleigh Dekker and possibly Vitality Roses like Yasmin Parsons and Francesca Williams.

Captain Kat Hayes will also be a feature at the event. A VNSL champion with Surrey Storm, Hayes knows exactly how these donations benefit children in Africa having experienced it first hand in 2018.

“I honestly find it so hard to explain what the experience was like. It is by far one of the best things I have ever done and I can’t wait to do it again,” she said.

“We were out there for around three weeks and coached pretty much every day at five different schools. The children were so thankful for everything we did out there and just wanted to learn as much as they possibly could.”

The club – through Level Two coaches Hayes and Lucy Read – provided t-shirts, trainers, a temporary netball court and more during their two-week stay. With the £5,000 raised during their 50th year, the club gave around 400 children from the ages of 8-20 the chance to play netball.

“In some countries their first thought is not about which netball trainers to buy but instead what are they are going to eat that day.” – Kat Hayes.

“There was one day where we invited 12 teams for a tournament. For some of these teams this was their first ever away fixture let alone tournament. They were so excited to be there,” she said.

“Normally for fixtures they have to cut down a tree, strip the branches, dig a hole for the tree trunk and attach a metal hoop to it to make the netball post. Before we arrived we had arranged for 10 netball posts to be built in the capital. Some had never seen netball posts in this way.”

Through YuYo, these girls can use netball as a route to a senior school education. The relationship with the charity stretches back 18 months with Blades having previously donated 10p for every goal scored – from U11 to Prem sides – and held junior netball tournaments.

At their showcase last season, WPB completely sold out the arena with more than 400 people in attendance for their match with Tameside Netball Club. This year, their promises to be even more fans in the stands with approximately 500 tickets sold.

“The showcase game is a great opportunity for local fans to see a really great standard of netball in a fun family setting and to help bring the community together in aid of raising money for charity,” said Hayes.

“We understand that the world of netball is so much bigger than just us. We know first hand how netball can provide so many opportunities for so many people.

“We all know how lucky we are to play for a club like Weston and anything we can do to broaden our outreach is only a good thing for the club and the game.”

Players were swarmed by fans after the final whistle which showcased how impactful Blades have already been at a local level. This year, the club are using the tagline ‘On Your Doorstep’ to advertise the event in reference to the stars that populate the side. 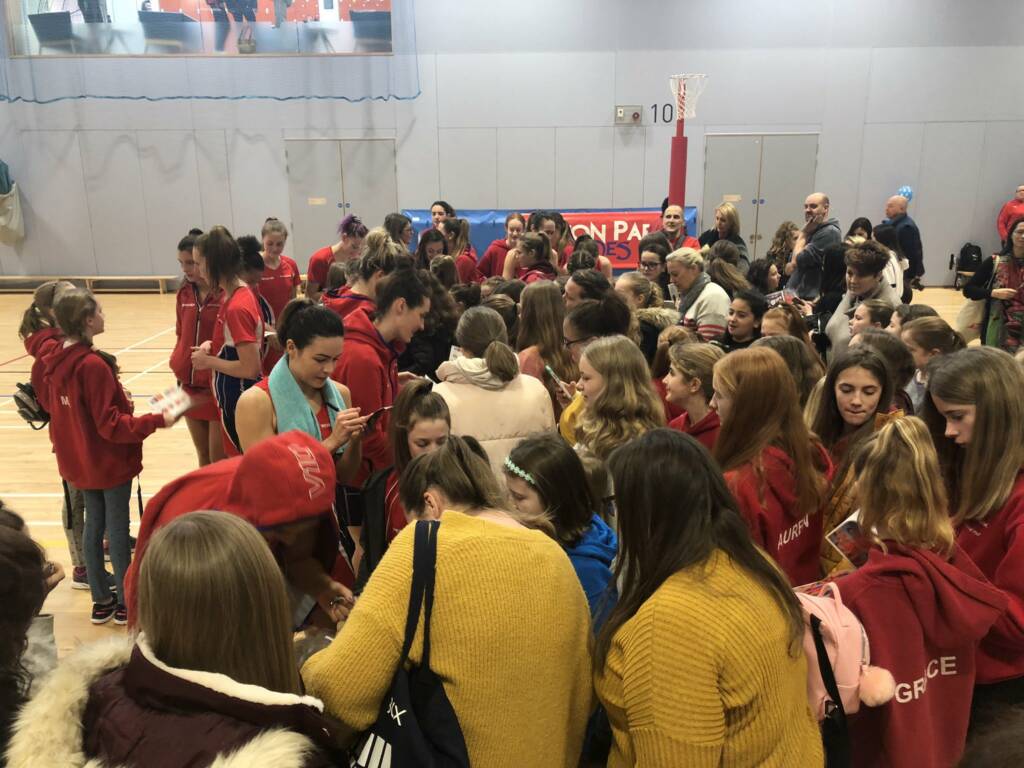 Players were greeted by hundreds of fans after the final whistle. Source | Weston Park Blades.

In Hayes, Jan Crabtree’s side has a player that epitomises this slogan. A popular figure at the club, she joined Blades at the age of eight before going onto Superleague stardom with Team Bath and nearby Storm.

Hayes won the coveted trophy back-to-back (2015 & 2016) and has been passing on her knowledge to players from the U10s to the senior side. Having Hayes ‘on their doorstep’ is a huge boost for the growing Blades family.

“I have been really lucky to come all the way through this club and I really enjoy being able to see other players progress through the teams,” she said.

“I know it sounds like such a cliché but we are a family. I have been at this club for 20 years now and everyone I talk to has the same opinion.

“I do most definitely feel like the girls in Uganda are part of this family now. Even now, over a year since we visited, we receive photos of the girls and their achievements and it makes us feel like proud parents. I guess this encapsulates the feeling of being a family.”

On court, Blades have been helping themselves of late after a difficult start to the 2019/2020 campaign. The Hampshire outfit finished as runners-up last term but have been loitering around the bottom of the table for the majority of the season.

Three successive defeats after the winter break were cause for concern but they have bounced back emphatically, winning their last two fixtures to put serious distance between them and the relegation zone.

Crabtree’s side recorded a momentous result over high-flying New Cambell last month. They won with a 53-54 scoreline before convincingly dispatching of relegation rivals Leeds Athletic by 12 goals.

“It was great to get the win [against New Cambell] because that was a game no one expected us to win. This game was a real testament to the whole squad. It really showed our sprit and the level of netball we can play,” said Hayes.

“It has been a tough season this year so it would be great to win these last two games and finish the season on a high. I am so genuinely proud of the players for getting through this season and keeping us safe no matter what happens.

“We were really lucky to have a consistent team for about two or three years. I definitely feel we have the calibre of players at this team to be up at the top of the table and I don’t think it will be long until we are up there again.” 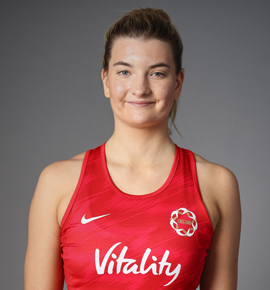 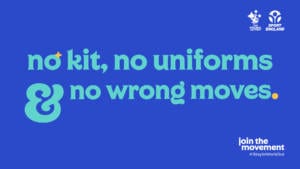 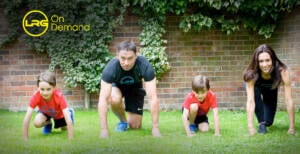