Following the latest Government measures which see more areas of the country move into Tier 4, the following has been confirmed in relation to community sport:

A link to the full list of which areas are in which Tier can be found on the Government website here.

On Wednesday 2 December 2020 the national lockdown was lifted and all areas of the country were placed in either Tier 1, 2 or 3 at that time. In these Tiers, some netball activity can still resume, there are however some key changes to the guidance from Government that must be adhered to as well as an increased emphasis being placed on specific areas of the initial restart guidance. 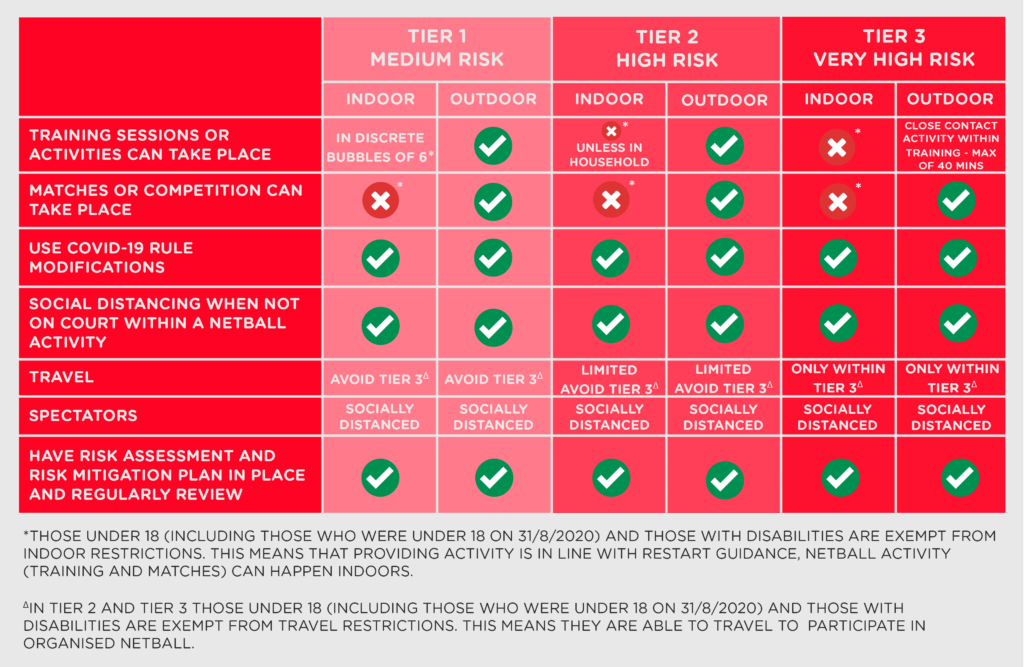 Under 18’s and people with disabilities

The latest Government guidance clarifies the requirement of all sport with regards to Test & Trace.

It is incredibly important that when not involved in the netball activities on court all participants and attendees remain social distanced (2m apart).

Compliance with guidance and managing breaches

As part of the latest Government guidance and permission for team sport to restart, there is an increased emphasis on ensuring compliance and like in other areas of society, stronger management of this.

If you have any questions regarding the updated guidance contact us by emailing: participation@englandnetball.co.uk.

Government lockdown and what this means for community netball