Following the changes to restrictions announced on Tuesday 22 September, netball remains at stage 4 of the Return to Play Roadmap and must continue to adhere to the Government changes outlined here.

To support you to understand the changes to restrictions, our Restart Guidance has been updated and can be downloaded here.

Any Walking Netball activity must also follow additional guidance which can be found here.

Our FAQs have been updated and are available here.

Here is England Netball’s Return to Play Community Netball Roadmap (click on the image to expand the roadmap): 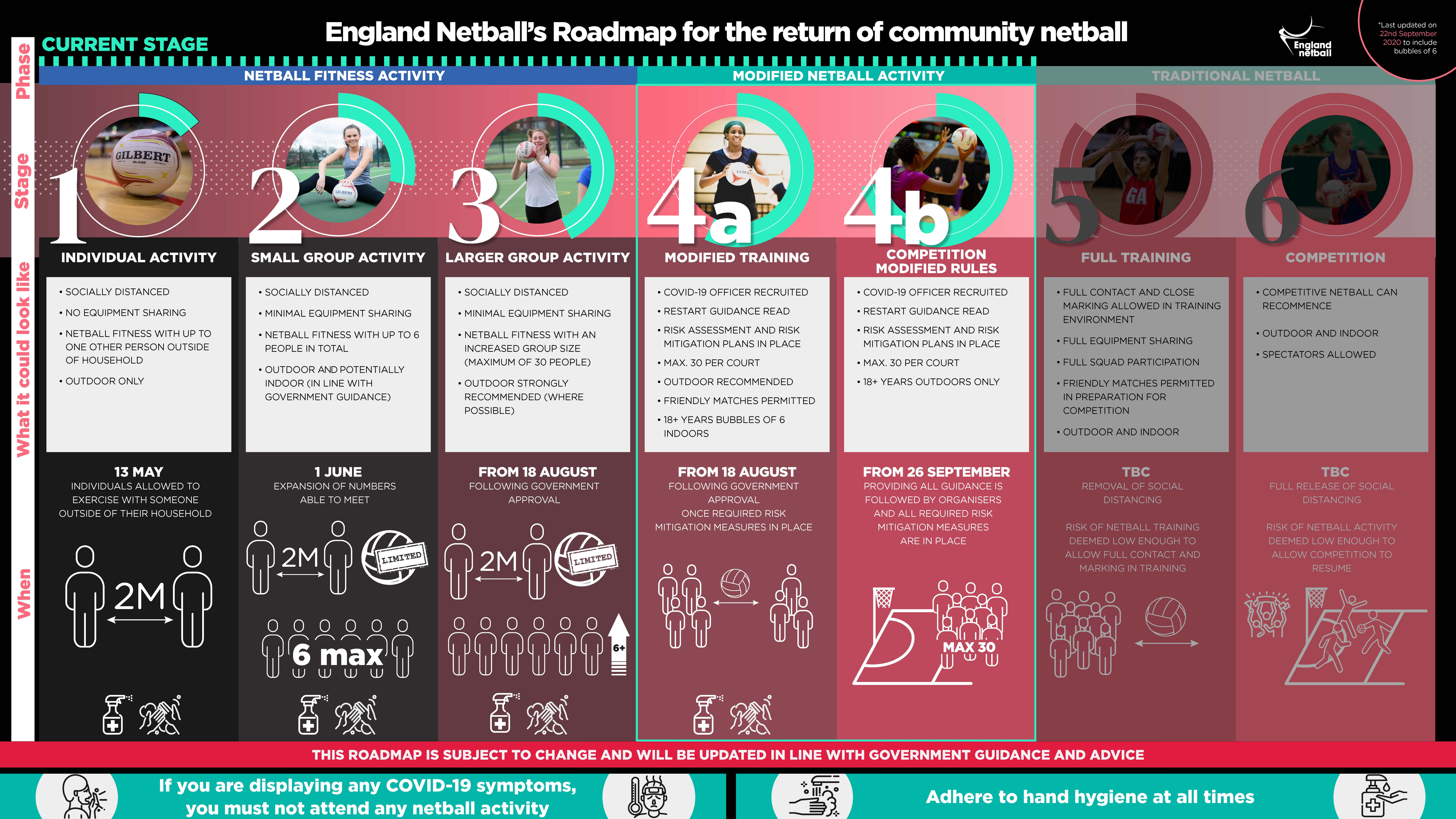 Whether you’re a COVID-19 Officer, club or league committee member, player, official, coach or host, please take the time to read the below information on how the latest restrictions impact clubs, leagues, pathway and programmes.

Pathway activity for those up to the aged 18 or over is not impacted by the Government restrictions.

Planning is underway for the commencement of England Netball programmes. The following programmes will be able to take place outdoors or in bubbles of 6 indoors:

All programmes should be run in line with stage 4a of our Return to Play Roadmap, with the exception of Walking Netball which currently remains at Stage 3. Careful consideration should be given before moving any activity that was planned to take place indoors to an outdoor netball court. A partnership agreement is required to deliver any of the programmes above. Find out more here.

Guidance for Schools, Colleges and Universities

Guidance with Competitions and Events